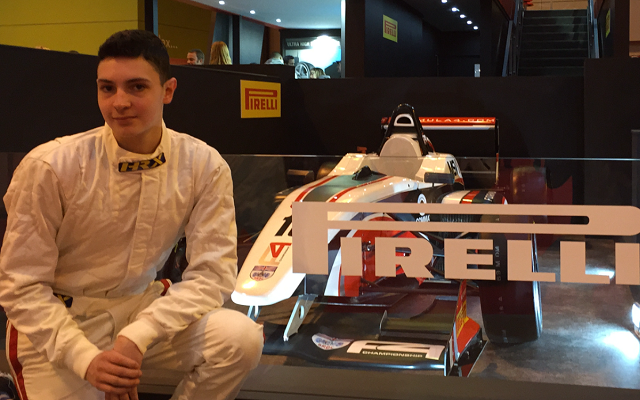 Ismail, 15, will skip the first two rounds due to age limits, joining the field at Silverstone in May after he hits 16.

The young man primarily raced Rotax karts during his career, finishing third in the Shenington and Whilton Mill Kart Club championships in 2012. He took part in the Rotax Euro Challenge in 2013, securing a best final finish of 19th in the last round at Salbris.

In 2014, he was twice runner-up in Super One Rotax round two finals at Kent, both times losing out to eventual series champion and future MSA Formula racer Sandy Mitchell.

“I think that 2015 will be a great learning curve for me. The car has a lot of power, but it is quite easy to get to grips with and the racing is very competitive. I aim to better myself as a driver with every race, gaining as much experience as possible, and to be competing for podiums by the end of the year.”

Chris Dittmann Racing are yet to be represented on a BRDC F4 podium throughout the series’ two-year history, but came somewhat close in 2014, with the teams’ headliner Tom Jackson finishing fifth on two occasions.

“We are really pleased to announce Omar as our first signed driver for 2015,” said Chris Dittmann, team boss and 2012 F3 Cup champion. “Omar has settled into the team extremely well and although this will be his first season in car racing, I’m confident with our support he can develop his skills quickly and achieve some impressive results.”

“It?s a shame Omar has to miss the first two race meetings, however we have a strong testing programme planned for him which will mean he will hit the ground running.”