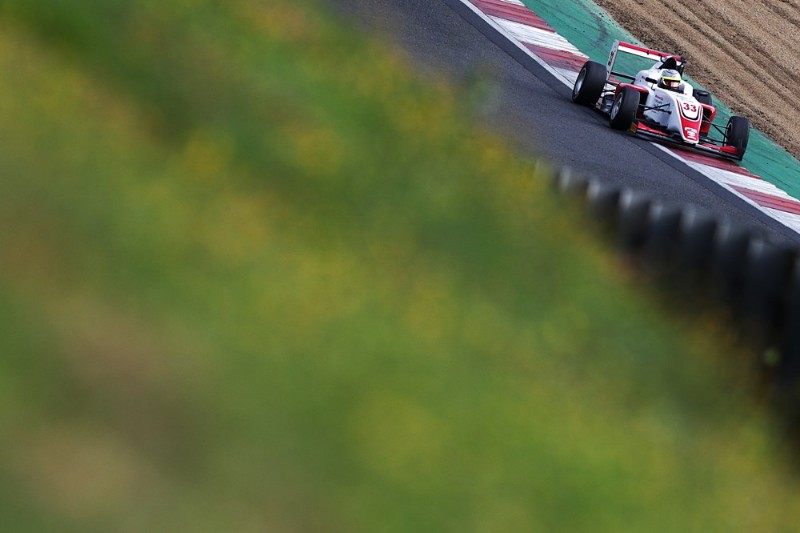 Maldonado set the fastest time of the day around the Indy variant of the circuit in the second session with a 43.419s lap, although Douglas Motorsport’s Kiern Jewiss was just three-thousandths of a second off with his fastest lap.

The Venezuelan topped the two morning sessions, while it was Hoggard who was fastest in both afternoon sessions.

Hoggard – who was fifth fastest overall with a 43.541s lap set in the final session – was one of five drivers who were quicker in the afternoon.

Jewiss’s team-mate Ulysse de Pauw was third fastest in the combined times ahead of Double R Racing’s Neil Verhagen. They were the only other drivers to get under 43.5s during the day.

Chris Dittmann Racing’s Ayrton Simmons was sixth fastest, while Kaylen Frederick was the quickest of the Carlin drivers in seventh. Championship leader Clement Novalak was 11th overall and 0.334s off Maldonado’s best time.

Sasakorn Chaimongkol was eighth fastest overall after setting his best lap in session three, although the Hillspeed driver didn’t set any laps during the final session of the day.