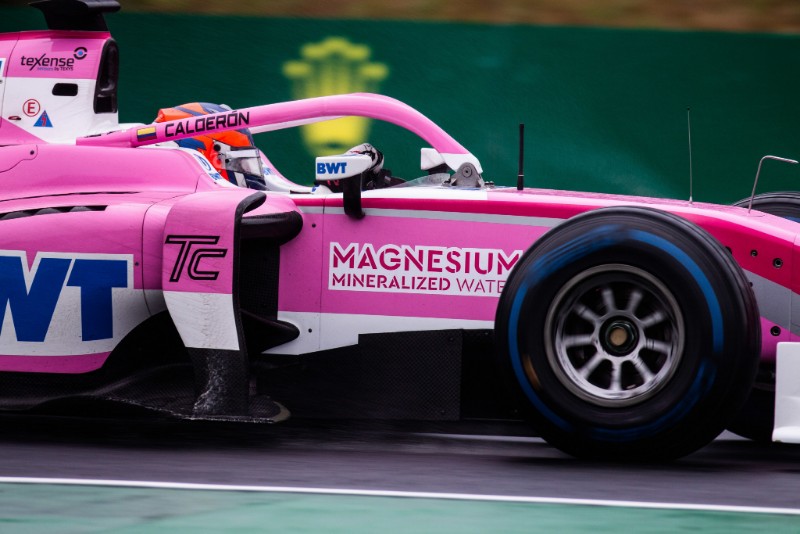 Arden drivers Anthoine Hubert and Tatiana Calderon will start the Formula 2 feature race at the back of the grid after a tyre allocation error during qualifying.

Reigning GP3 champion Hubert, twice a winner in his rookie F2 season and seventh in the standings, qualified ninth in the wet qualifying session.

F2 stewards have determined that Hubert used only three of the wet tyres that were allocated to his car, and had used one of team-mate Calderon’s when out on track.

Calderon, who was 18th fastest of the 19 cars that set a lap, was found to have committed an identical offence and like Hubert has had all of her lap times from qualifying deleted.

The Colombian has started no higher than 17th in her rookie season, and is 21st in the standings having yet to finish in the top 10.

With ART Grand Prix’s Nikita Mazepin failing to set a qualifying lap, it is yet to be determined whether the Arden duo will start ahead of or behind the Russian.