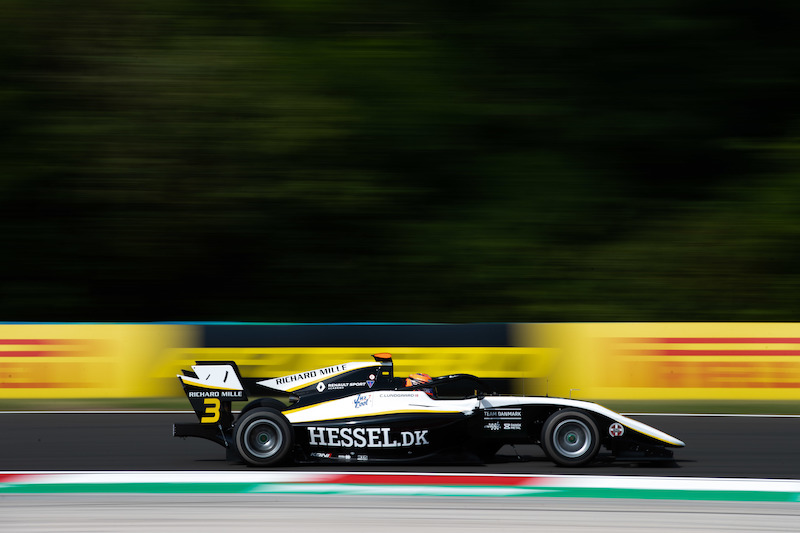 Christian Lundgaard became the lead ART Grand Prix driver in the FIA Formula 3 standings by topping a closely-fought qualifying session at the Hungaroring.

Free practice pacesetter Lundgaard didn’t hit the top of the times until the last two minutes of the half-hour session, with a major reshuffle of the order in the last four minutes as drivers returned to track on second runs.

Hitech GP’s Juri Vips, who was the slowest of the 30 drivers early on, moved to the top just before Lundgaard set his best time and ended up completing the front row.

Max Fewtrell made it two ART cars in the top three, with championship leader Robert Shwartzman being the best Prema driver in fourth. After being fastest for most of the session, Marcus Armstrong was shuffled down to 13th in the second Prema car, while team-mate Jehan Daruvala could do no better than 17th.

Trident pair Niko Kari and Pedro Piquet, like Armstrong, featured at the front through much of the session and improved during the busy run to the chequered flag to qualify fifth and sixth.

Jake Hughes was the top HWA Racelab car in seventh, just over a quarter off pole, ahead of ART’s David Beckmann and Euroformula Open winners Yuki Tsunoda (Jenzer Motorsport) and Felipe Drugovich (Carlin).

Fellow EF Open graduate Liam Lawson looked set to qualify in the top 10 before hitting traffic on his final flying lap, which left him 20th but less than a second off pole.