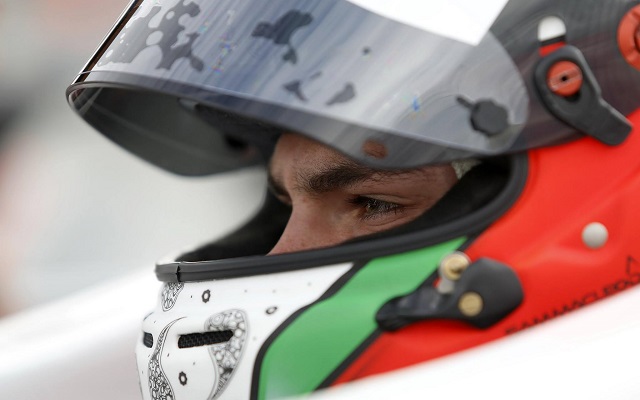 Scotsman Sam MacLeod took his third win of the German F3 season in the penultimate round’s reverse-grid race at a slightly wet Sachsenring.

Starting from third, MacLeod cleared the front row ADM duo of Nikita Zlobin and Pipo Derani in the opening minutes of the race and comfortably set the pace to finish more than 11 seconds clear of anyone else.

Having slipped behind Tan and Pommer while stuck behind Zlobin, Nicolai Sylvest eventually fought his way through to fourth, while Nabil Jeffri rounded out the top five.

Pipo Derani ran in second for the first half of the race but ended up slipping down to sixth in the final minutes, narrowly keeping Indy Dontje at bay as the latter recovered from a lap one spin.

Maximilian Hackl, Andres Mendez and Zlobin rounded out the finishers as Luca Iannaccone retired seven laps into the race.