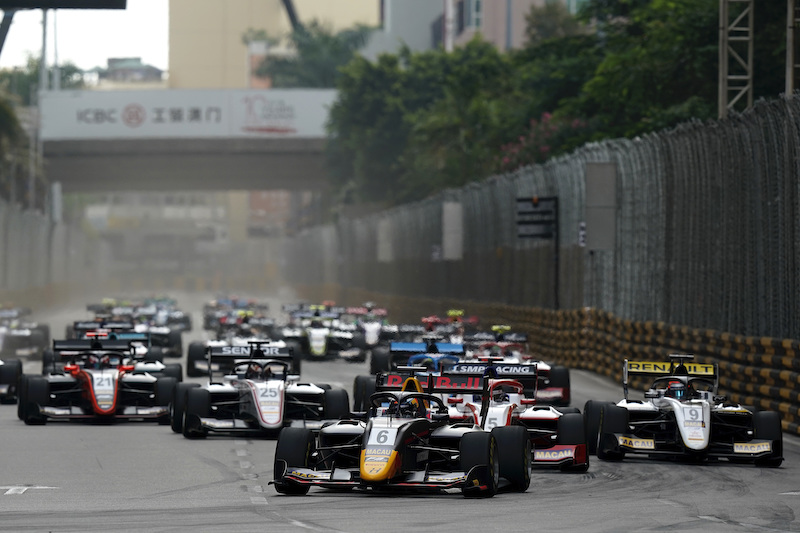 Sunday’s race will be the first time that the prestigious Macau GP title is fought for with the new FIA Formula 3 car, as seen on the F1 support bill in 2019.

Robert Shwartzman, the Ferrari-backed FIA F3 champion, will start alongside Vips on the front row for Prema, with Macau debutants Christian Lundgaard and Richard Verschoor set to share the second row of the grid.

A number of expected contenders will start the race further down the field after being involved in a first-lap incident in Saturday’s race, including Marcus Armstrong and two-time Macau winner Dan Ticktum.

As well as on the F1 YouTube channel and FIA F3 Facebook page, the race is set to be broadcast through the event’s own channels, as with the earlier sessions.