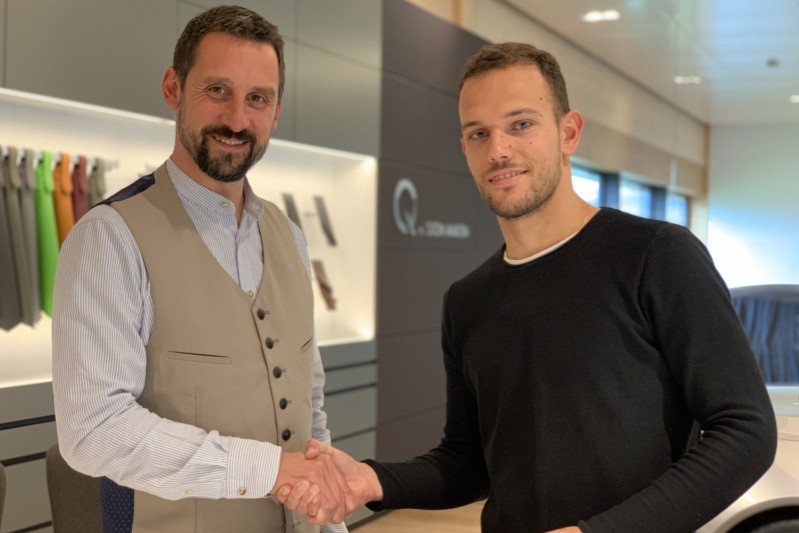 Formula 2 race-winner Luca Ghiotto will switch from single-seaters to a full-time sportscar drive next year with R-Motorsport in GT World Challenge Europe.

The 24-year-old Italian won the 2013 Pau Grand Prix, before finishing as runner-up to Esteban Ocon in GP3 in 2015, then racing in F2 for four seasons. He has four F2 wins to his name, and could end the 2019 season as runner-up in the standings.

Last month, Ghiotto made his sportscar race debut in a Ginetta LMP1 car in the Fuji 6 Hours, and finished 11th overall.

R-Motorsport will run Ghiotto in what is currently known as the Blancpain GT Series, alongside an as-yet unnamed driver.

?The change from single-seater racing into a professional GT3 team like R-Motorsport is an important career step for me and offers a new perspective for my future in the sport,? said Ghiotto.

?I am looking forward to working together with the team and can?t wait to start into my first long-distance GT3 race in 2020.?

Ghiotto will drive an Aston Martin Vantage AMR GT3, with his programme covering the Endurance and Sprint series.

“We warmly welcome Luca at R-Motorsport. He is obviously a driver with a great future in international automobile racing,? added R-Motorsport team principal Dr. Florian Kamelger, whose team is linked to departing F2 squad Arden.

“He is a highly valued addition to our team and it will be certainly exciting working with him in the future.”