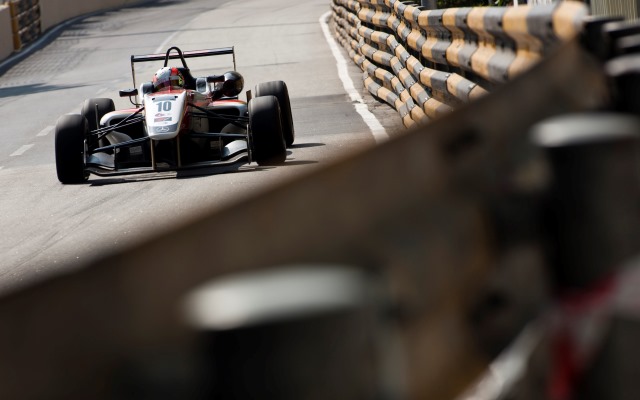 Alex Lynn drove to victory in the qualifying race at the Macau Grand Prix.

Lynn started third on the grid, but gained a place as Prema team-mate and polesitter Raffaele Marciello got a poor getaway. Lynn then moved into the lead past Felix Rosenqvist at Mandarin, only to hand first place back to the Swede when he ran wide at Lisboa.

After the safety car was deployed when the stalled car of Tom Blomqvist was hit by Harry Tincknell, Lynn used the slipstream at the restart to re-pass Rosenqvist into Lisboa. He then managed to pull clear of the field, winning by 2.4 seconds.

Rosenqvist finished in second place ahead of Marciello, who recovered from slipping down to fifth at the start by passing Lucas Auer and Antonio Felix da Costa.