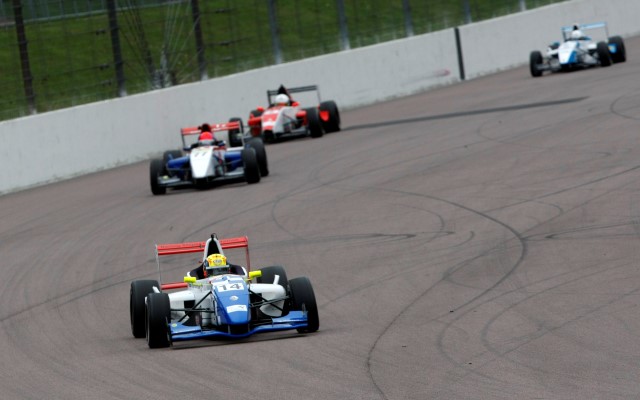 After being fastest in qualifying, Ben Barnicoat won the first race of the Protyre Formula Renault Autumn Cup at Rockingham in commanding style.

The Racing Steps Foundation driver controlled the race right from the start with running constantly faster than anyone else, and took his maiden win in cars with a gap of six seconds.

Although Pietro Fittipaldi managed to pass Alex Gill for second place on the first lap, a damaged rear wing forced the Brazilian out of race on lap nine of 15.

That allowed Hongwei Cao to get the third position, closely followed by karting graduate Martin Kodric. Japanese driver Yosuke Yamazaki was the last of the finishers in fifth.