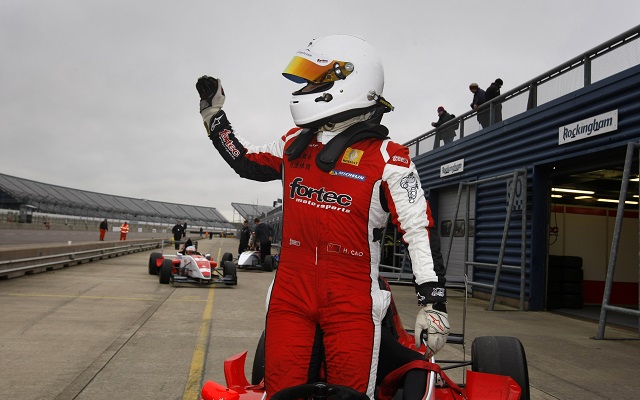 Fortec’s Hong Wei Cao put a stop to teammate Ben Barnicoat‘s dominance in the Protyre Autumn Cup, as he beat the RSF man to victory in the second race of the weekend.

Lining up in fourth, Cao made a cracking start, already holding the lead out of the first corner. He wasn’t able to build much of a gap, as Barnicoat seemed to have slightly superior pace, but the British karting graduate couldn’t find an opportunity to make the move on Cao, thus allowing him to take the win.

Alex Gill collected his second podium finish as he took third, while Croatian driver Martin Kodric settled for another fourth.

Pietro Fittipaldi found himself tumbling down the order as the race went on and eventually crossed the line in fifth. Yosuke Yamazaki rounded out the runners.