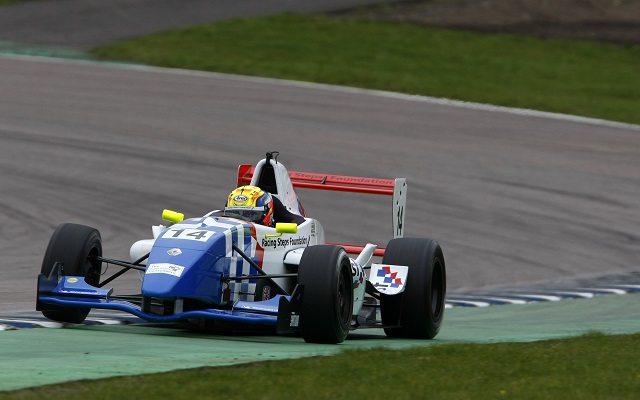 RSF-backed Ben Barnicoat secured the title of the Protyre Formula Renault Autumn Cup – his debut single-seater event – as he took the win in the third and final race of the weekend.

The youngster started the race from pole and led every lap to take a convincing victory, as he crossed the line two and a half seconds ahead of the nearest rival.

Pietro Fittipaldi shared the front row with the Briton and maintained second over the majority of the race. However, during the final lap, he was overtaken by a charging Martin Kodric, who completed a Fortec 1-2 and scored his first podium in single-seaters.