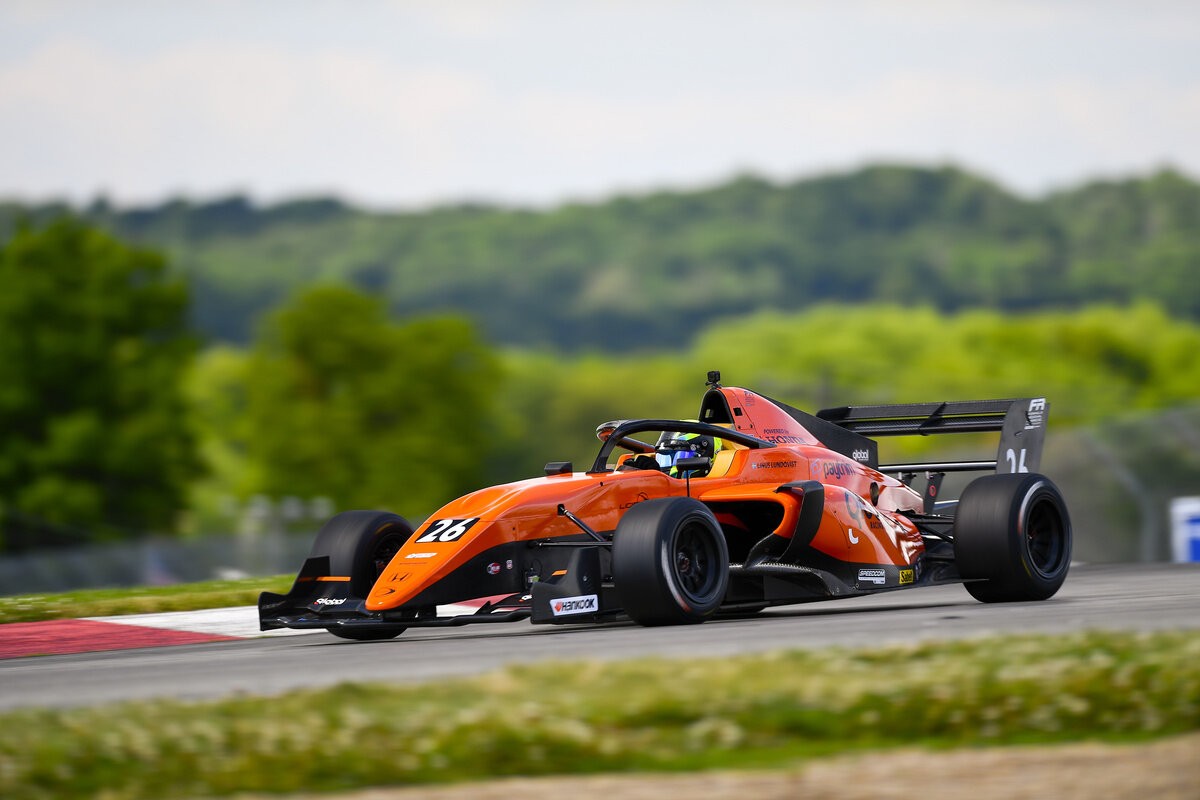 Linus Lundqvist claimed his second lights-to-flag victory of the opening weekend of the Formula Regional Americas season to leave Mid-Ohio with a 14-point championship lead.

In similar fashion to race one, Lundqvist quickly extended his lead in the first 10 minutes of the half-hour race, which he started from pole as a result of setting fastest lap in the previous race.

Incidents further down the field bunched the field together again when a pace car intervention was required, but it didn’t trouble Lundqvist.

Lundqvist’s Global Racing Group team-mate Benjamin Pederson had only just passed reigning United States Formula 4 champion Joshua Car for fourth when a mechanical issue dropped him out of contention. Almost simultaneously, Jay Howard Driver Development’s Antonio Serravalle span at turn five and became stranded at the side of the track.

Both incidents were cleared and racing resumed with less than 10 minutes on the clock.

HMD Motorsports’ David Malukas was able to stay relatively close to Lundqvist on the restart, but couldn’t keep pace with the Swede and slowly fell back. Lundqvist eventually finished 1.418s clear of the rest of the field.

After a disappointing end to race one, single-seater returnee Santiago Urrutia was keen to make amends in race two and challenged team-mate Malukas off the line. The pair ran side-by-side on the opening lap, but Malukas was able to shake Urrutia off.

Urrutia ended up in battle with Car, who then dropped behind Andretti Autosport’s Danial Frost in the closing stages of the race.

Jacob Abel (Abel Motorsports) and Nicky Hays (GRG) took sixth and seventh ahead of James Roe Jr (GRG). However, a jumped start by Roe brought him a 10-second time penalty and he dropped back to 13th when times were adjusted.