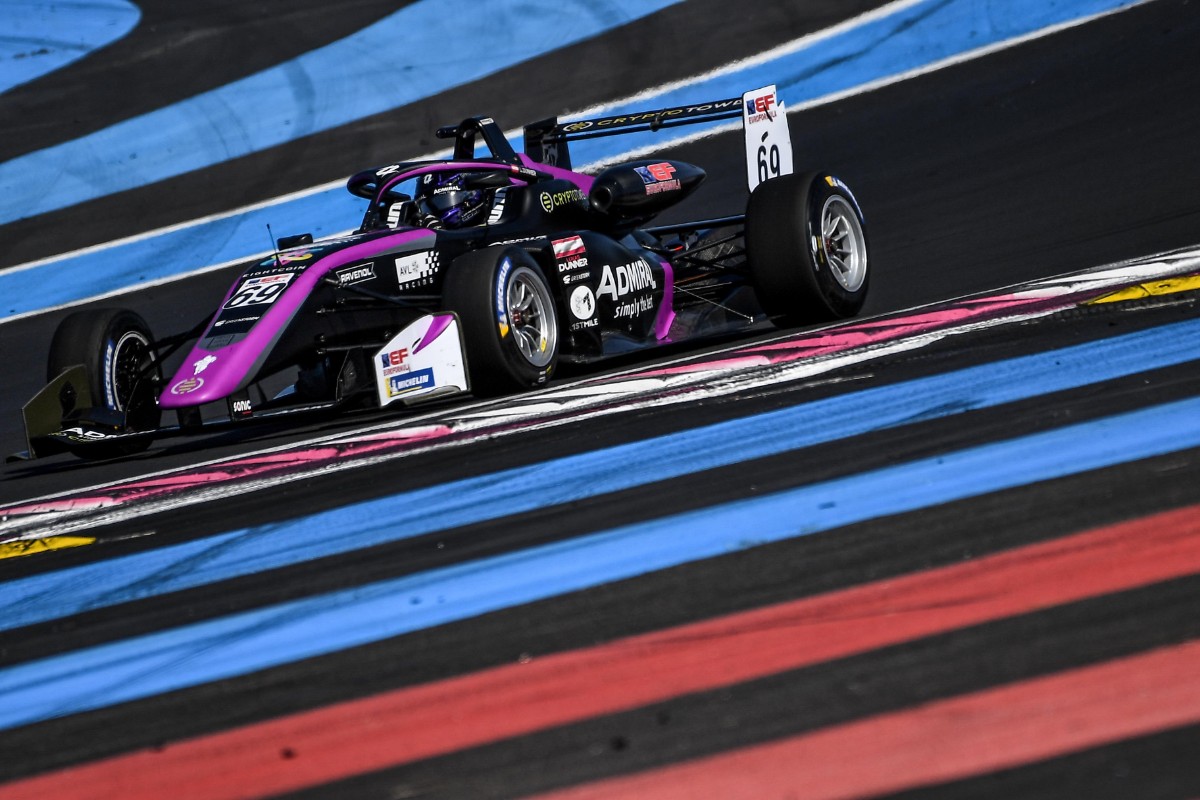 Lukas Dunner ended a long wait for a first Euroformula win on his series return at Paul Ricard, controlling Saturday’s race from the front.

The Austrian made a great start from pole, while CryptoTower Racing team team-mate Yifei Ye was slow off the line in second place and came under pressure from Carlin’s Ido Cohen going into Turn 1.

Ye had to take to the run-off after Cohen got the inside line for the corner, and he returned to track still in second as Cohen lost a spot to Van Amersfoort Racing’s Andreas Estner.

The two CryptoTower cars had a pace advantage over their rivals, and Dunner and Ye immediately started to pull away. Despite fears about tyre degredation they kept on getting faster, to a record level of pace, and it was only on the last lap of the 16-lap race that Ye had to back off.

Dunner’s race management allowed him to set fastest lap late on and add a second to his lead over Ye in the process, and he is already third in the points despite missing the season opener due to clashing commitments. The Austrian has also waited two full seasons in 2018 and ’19 before claiming his first win, despite finishing third in the points last year.

Estner held off Cohen for the final podium spot, over 10 seconds behind Ye, while Motopark’s Niklas Krutten had to engage in a race-long defence to deny Double R Racing’s Ayrton Simmons fifth place.

A bad first lap cost Krutten’s team-mate Manuel Maldonado and he finished behind Simmons in seventh, but at least his race didn’t fare as badly as VAR’s slow starters Sebastian Estner and Alexandre Bardinon, whose strong qualiying results were undone by opening laps that sent them way down the order.

After conceding a spot to Simmons early on, CryptoTower’s Rui Andrade had his guard on for the rest of the race and ended up challening Maldonado for seventh. Drivex School’s Glenn van Berlo and Motopark’s Cameron Das completed the points positions after van Berlo passed the American at the Minstral chicane.

Maloney didn’t make the race, for unknown reasons, and was due to start from fifth on the grid.