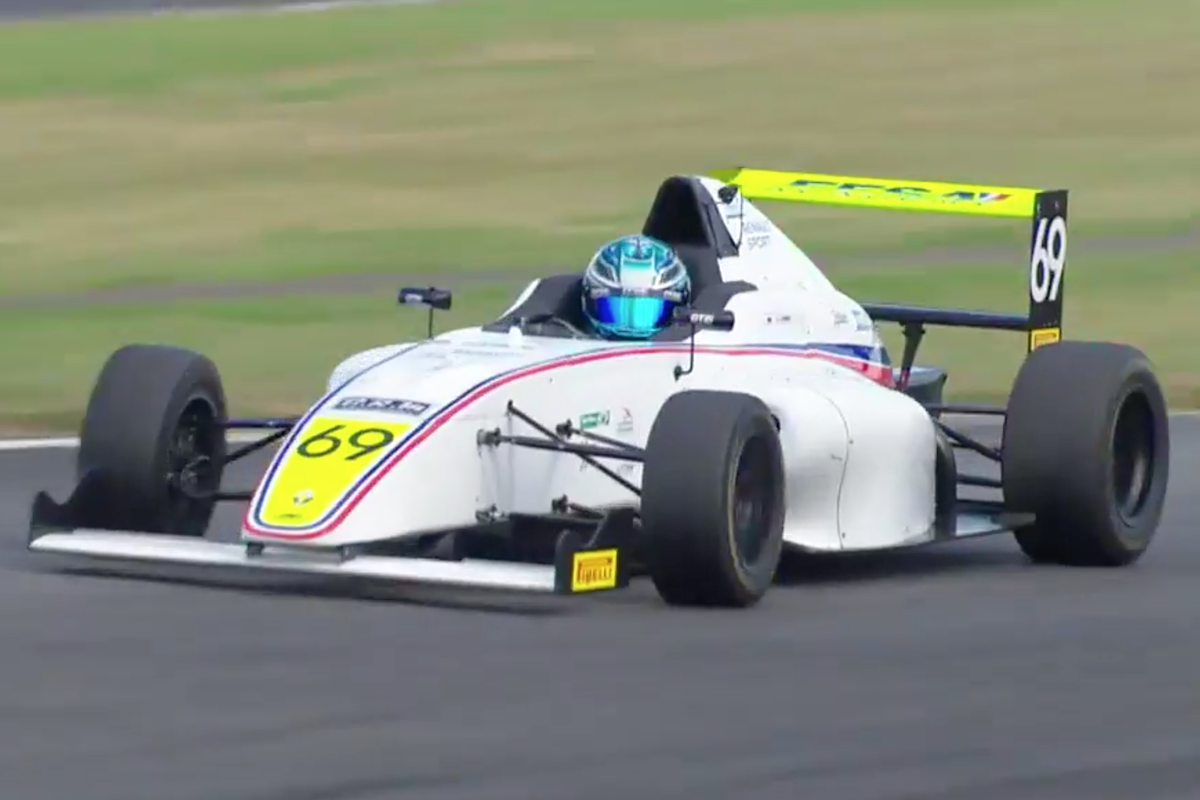 Lev Lomko held off a late charge from Valentino Catalano to win the reversed grid French Formula 4 race at Nogaro.

Lomko – the older brother of ADAC F4 racer Vlad – started from pole but was unable to break away from the rest of the field. Second-placed Loris Cabirou stayed on his tail in the opening laps but was himself under pressure from Catalano and Ivan Peklin.

Cabirou had to defend more than he could attack, allowing Lomko to pull a few car lengths ahead of the battle for second but, once ahead, Catalano rapidly closed the gap.

Lomko and Catalano managed to break free of the rest of the group and had amassed a small gap before a late full course yellow neutralised the action.

Racing resumed with a handful of laps remaining and 14-year-old Catalano pushed Lomko hard, allowing Peklin to draw back onto the tail of the race leaders.

Lomko would eventually finish just 0.199s ahead of Catalano and 0.6s ahead of Peklin.

After spending much of the race defending against Catalano, Cabirou fell backwards in the closing stages. He dropped behind Honda junior Ren Sato and tried a dive down the inside to try to reclaim the position. The pair made contact and Sato was sent into the gravel while Catalono dropped further back.

Sato was unable to continue, but fellow Honda junior and race one winner Ayumu Iwasa faired much better, challenging Rafael Villagomez towards the end of the race to finish fifth.

Isack Hadjar took sixth ahead of a train of drivers battling at the lower end of the top 10.

Marijn Kremers won the battle to finish seventh, 0.2s ahead of Cabirou. Sami Meguetounif and Romain Leroux completed the top 10.