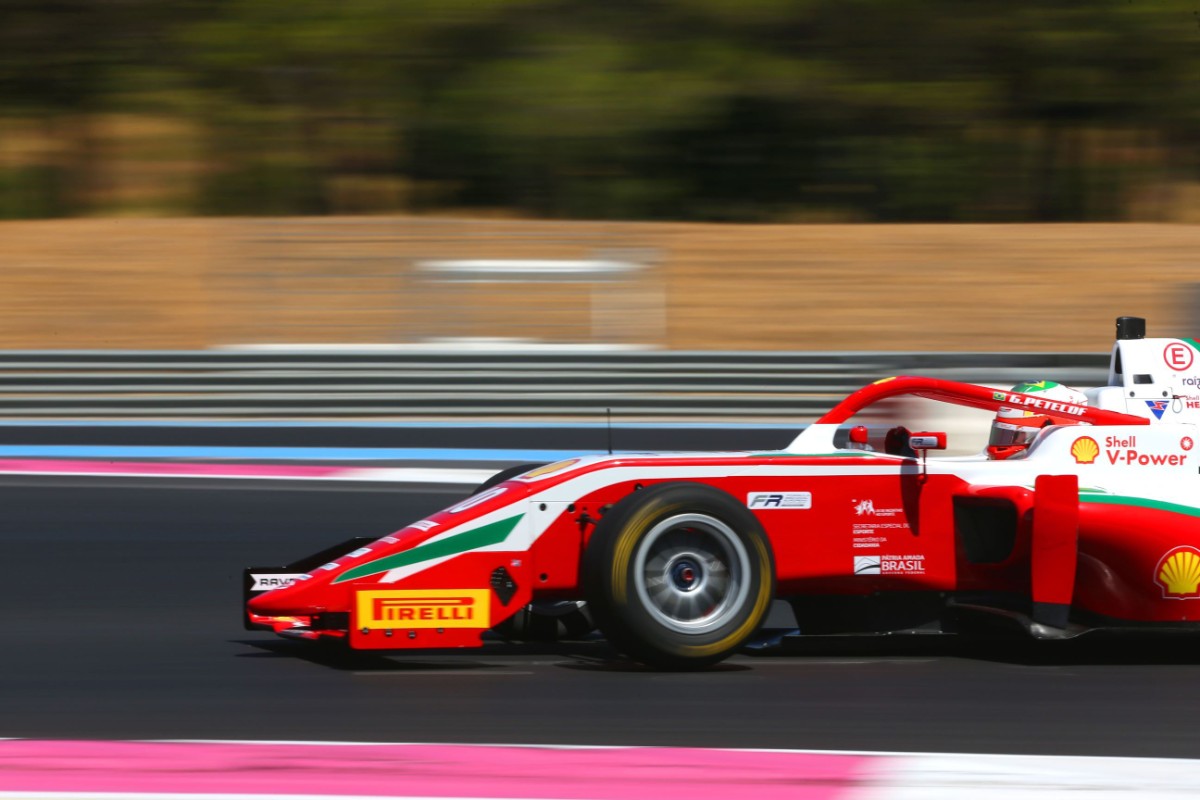 The Brazilian, who still does not have the budget to complete the full season, had to fend off pressure from fellow Ferrari junior and Prema team-mate Arthur Leclerc throughout the race, but the Monegasque’s attempted overtakes usually ended up with wheelspin and a loss of momentum going into the next corner.

Their gap to the battle for third place was minimal until the final few minutes, when successive fastest laps enabled KIC Motorsport’s Juri Vips to try a move on Van Amersfoort Racing’s Pierre-Louis Chovet.

He couldn’t complete a pass in the twisty final sector until the last corner, where they ran side-by-side (and off-track) through to end of the first sector on the next ap where Vips finally completed the move. In the process he had dropped three seconds to the lead Prema drivers though, meaning he had to make do with a third place finish.

Oliver Rasmussen had an early tussle with Patrik Pasma before an unopposed run to fifth in the third Prema car, with Pasma similarly lonely in taking sixth for KIC Motorsport.

Jamie Chadwick’s set-up issues continued, and she was in ninth place before jumping over the kerbs at the Minstral chicane with two laps to go, losing her front wing and then clattering into DR Formula’s Emidio Pesce as he tried to pass the Prema driver. Both ended up crashing into the barriers running down the straight, joining KIC’s Konsta Lappalainen in the list of retirees.

The crash between Chadwick and Pesce promoted Monolite Racing’s Andrea Cola to a points finish in ninth.