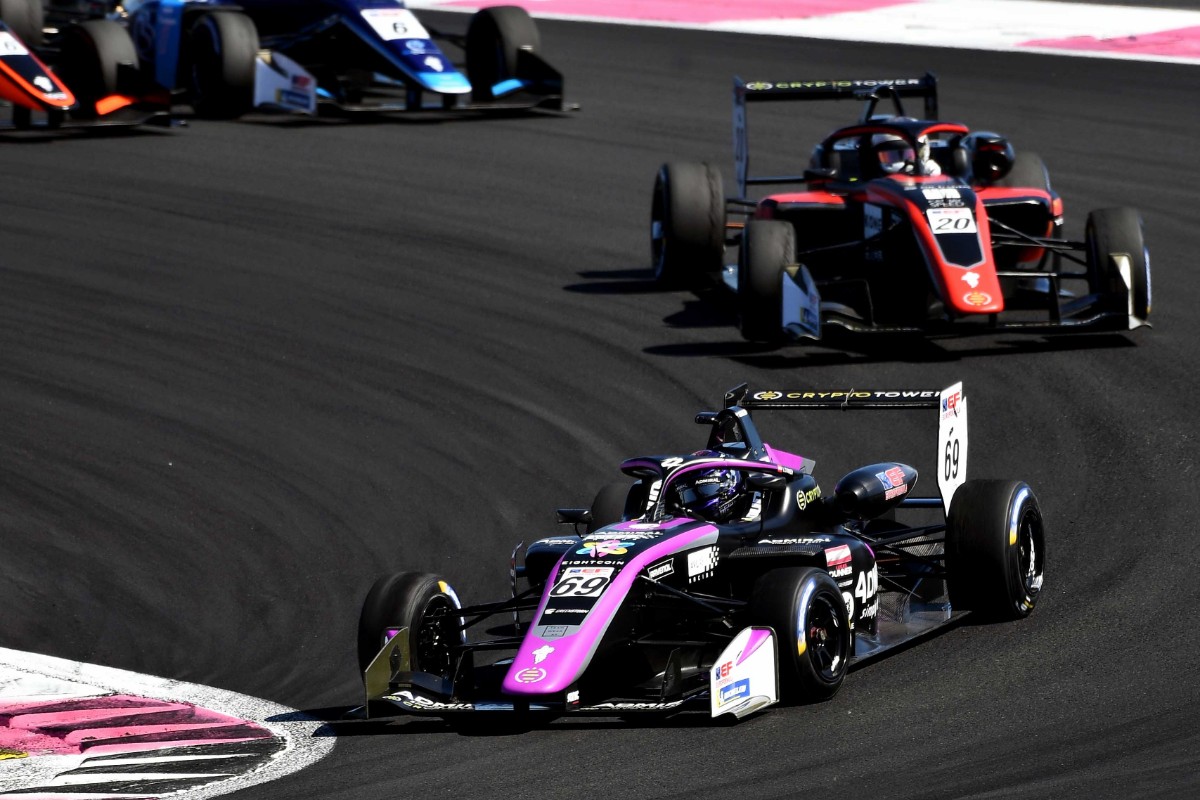 There was surprise in the Euroformula paddock at the longevity of the Michelin tyres in race one at Paul Ricard, which ended with a new series lap record.

Prior to the race, several paddock sources had told Formula Scout they were expecting serious tyre wear in the searing heat at the French circuit, with tyre warm-up on qualifying runs becoming critical to making the rubber stay in its peak operating window through a whole set of flying laps.

This did not turn out to be the case in Saturday’s race, with tyre degradation far less severe than anticipated across the grid. Race winner Lukas Dunner set a new lap record close to qualifying pace on lap 14 of 16, long after a pace drop-off was expected.

“We had a decent start, not the best, but it was OK and we managed to stay P1 after Turn 1,” said the first-time winner.

“From then on, I started to build a gap. It got a bit closer some times, but some time I think around lap 10 it got bigger and bigger, and I just managed to keep the tyres in the window.”

It was around this time that laptimes were expected to get slower, despite a lighter fuel load, but instead Dunner and his CryptoTower Racing Team team-mate Yifei Ye started setting personal bests consistently lap after lap.

“I was not really [expecting the tyres to last] because actually we were at some point one second quicker [per lap] than the guy in third, and I thought in the middle of the race that the tyres were going to drop quite hard. But to be honest the tyres stayed the same through the whole run.

“Sometimes a bit worse, sometimes a bit better, so they were really balanced and I didn’t expect that. But I think we can expect the same for tomorrow.”

Dunner went on to explain that rubber left down on the track by earlier sessions for other series, including Formula Regional European Championship, led to a pick-up of over 1cm of rubber onto his own tyres on the drive to the grid and the warm-up lap.

That was mostly swept away after the first two laps, and led to a “consistent level” of grip for the remainder of the race.

Further back it was a similar story, with Double R Racing’s Ayrton Simmons attacking Motopark’s Niklas Krutten for fifth throughout the race and neither driver suffering from a drop in pace despite it.