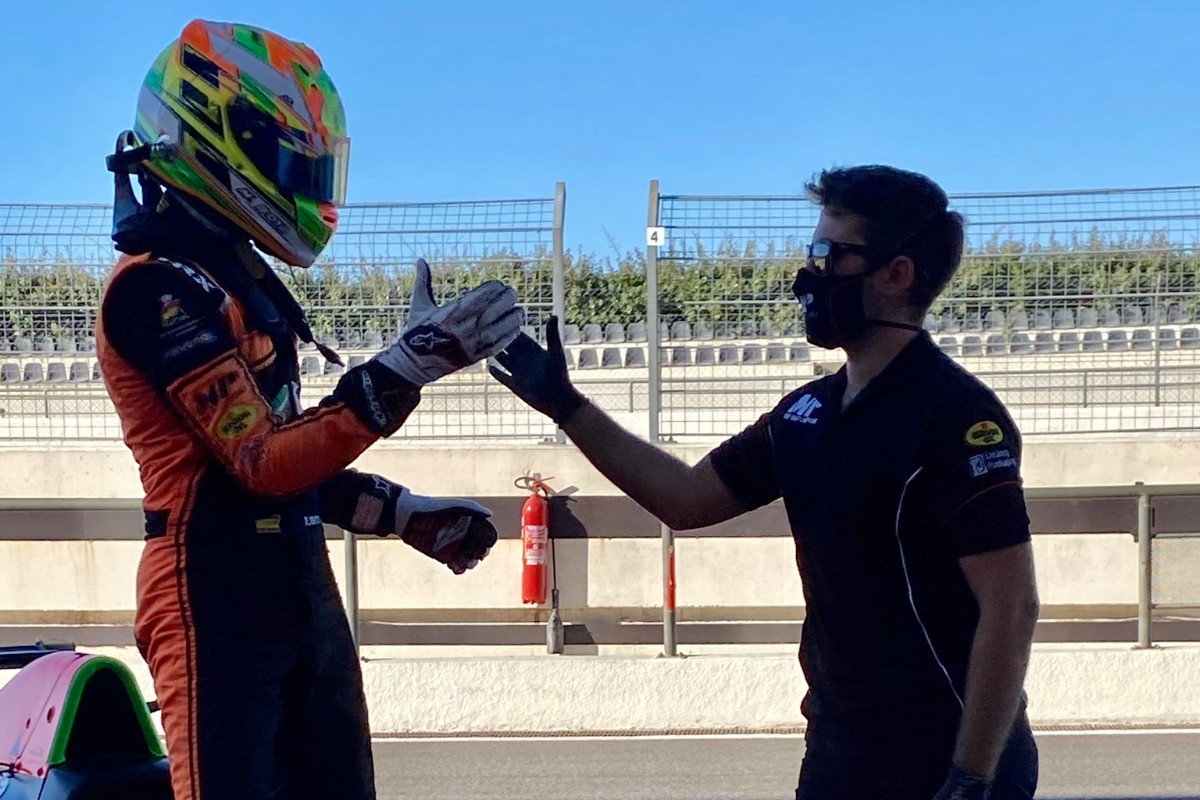 The session, which sets the grid for the third race of the weekend, began with Drivex School’s Paul-Adrien Pallot at the top of the times, before Boya’s MP Motorsport team-mate Joshua Dufek set the fastest lap.

Jenzer Motorsport’s cameoing Filip Ugran, who won the first race of the weekend, briefly sat in first place before Boya and Dufek made it a proper three-way fight for pole.

Dufek went fastest on his fourth flying lap, with no improvement from Ugran shuffling him down to fourth, and Dufek went even faster next time around as Boya and Ugran got quicker in second and third.

The final lap from Boya ended up being good enough for pole, with Dufek not improving in the final sector and therefore not beating his previous lap. He remained on the front row though, with Oliver Goethe making it a top three lockout for MP.

Reigning Spanish F4 champion Franco Colapinto, who drove for Drivex during his title year, is acting as a driver coach to the MP drivers this weekend.

Global Racing Service’s Lorenzo Fluxa also looked quick and he ended up qualifying fourth, with Ugran improving but ending up 0.411 seconds off pole in fifth place.

Points leader Kas Haverkort was sixth fastest for MP, ahead of top Drivex driver Ivan Nosov (another not to improve on his final attempt), Jenzer’s Francesco Simonazzi, GRS’s Suleiman Zanfari and the sole MOL Racing car of Javier Sagrera.