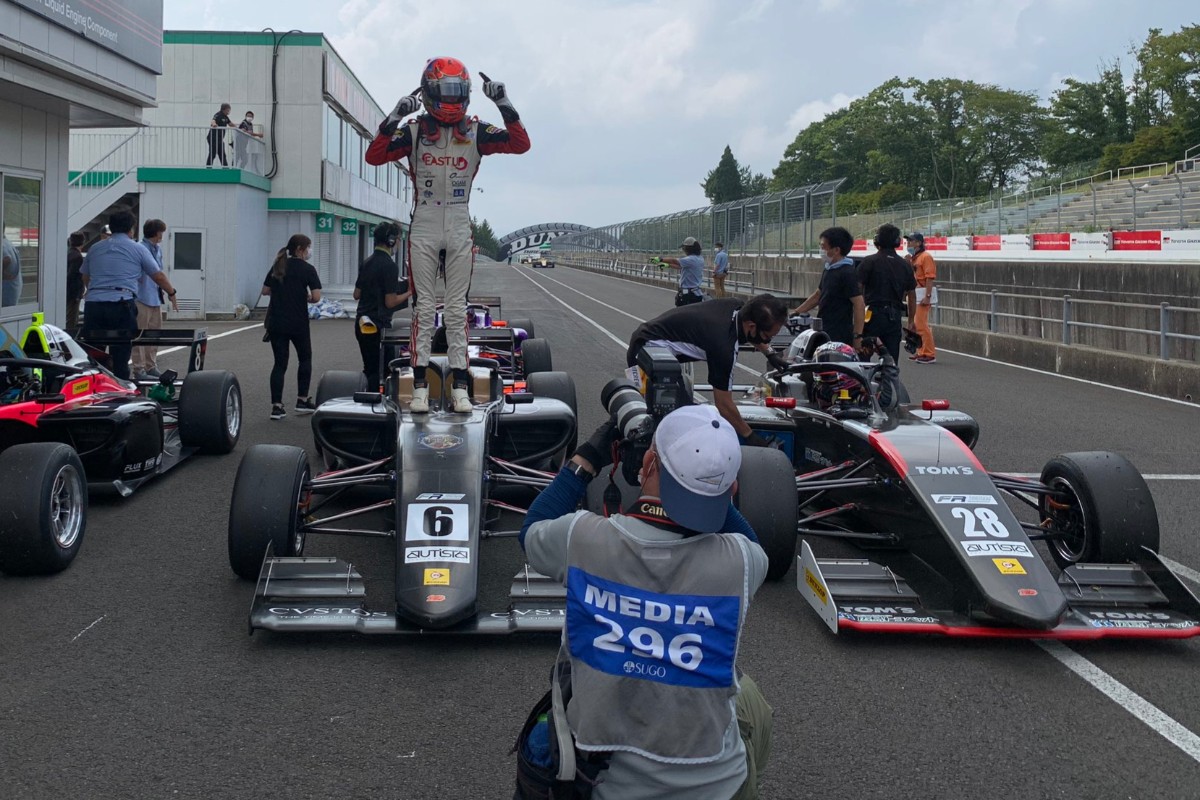 Tomoki Takahashi moved into the points lead of Formula Regional Japanese Championship at Sportsland SUGO, with the dominators of the season opener absent from the grid.

He was mistake free until after the chequered flag, when he span at the first corner. The winner put it down to potentially being caused by a problem with left-rear tyre wear.

Eagle Sports’ Nobuhiro Imada won the Masters class in fourth place with an early pass on Rn-sports’ Masayuki Ueda, who then stuck to his gearbox for most of the race.

Takahashi couldn’t repeat his win in race two, with Nemoto overtaking him early on as Takahashi’s car was inflicted by technical issues. He was still able to run in second place though, and only finished just over two seconds short of Nemoto after 18 trying laps.

Takahashi struck back in the final race of the weekend to beat Nemoto to victory, while a very distant third place for Furutani means Takahashi now has a 27-point lead over the Zap Speed driver after six races.

Round one dominator Sena Sakaguchi, who is being linked to a race seat in Super Formula, is down to third in the standings after missing Sugo, and Nemoto is in fourth in the points as he missed the Fuji Speedway round.

Sakaguchi’s Sutekina Racing Team team-mate Yu Kanamaru sits fifth in the championship after also skipping Sugo, and is level on points with Imada after he took another Masters class win in the final race.