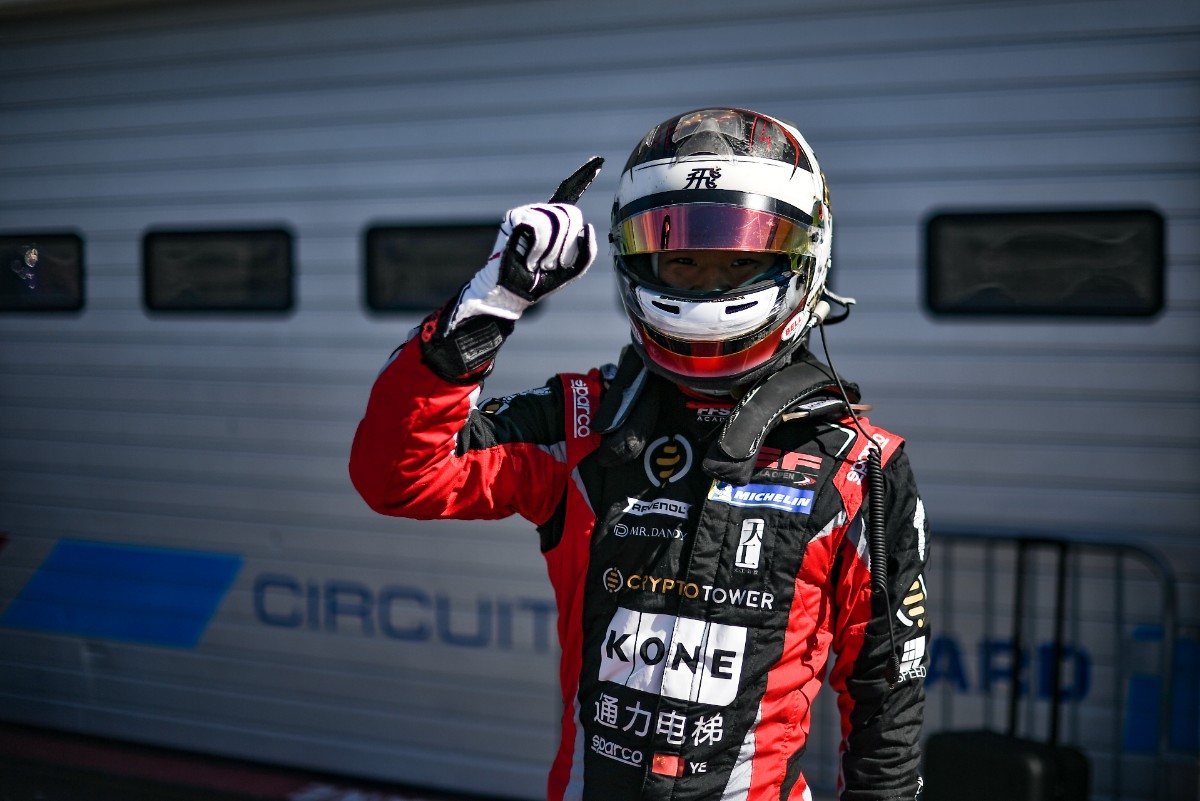 They weren’t the only drivers in contention for pole during the session, with Carlin’s Zane Maloney also showing well as laptimes moved into record territory for the series and its new Dallara 320 car.

Maloney, who failed to start Saturday’s race, was on provisional pole before the final lap when Ye and Dunner set session-best sector times.

Ye crossed the line and took provisional pole, and Dunner came a few seconds later and also improved but was 0.133 seconds short of what his team-mate set.

A further tenth back was Maloney, with Van Amersfoort Racing’s Andreas Estner a substantial 0.631s back in fourth.

Manuel Maldonado (Motopark) and Ido Cohen (Carlin) were the only other drivers within a second of the pace set by CryptoTower’s lead drivers, with Niklas Krutten (Motopark) and Ayrton Simmons (Double R Racing) only very slightly out of that bracket in seventh and eighth.

Rui Andrade recovered from a spin in the third of CryptoTower’s cars to qualify 10th behind Motopark returnee Cameron Das.