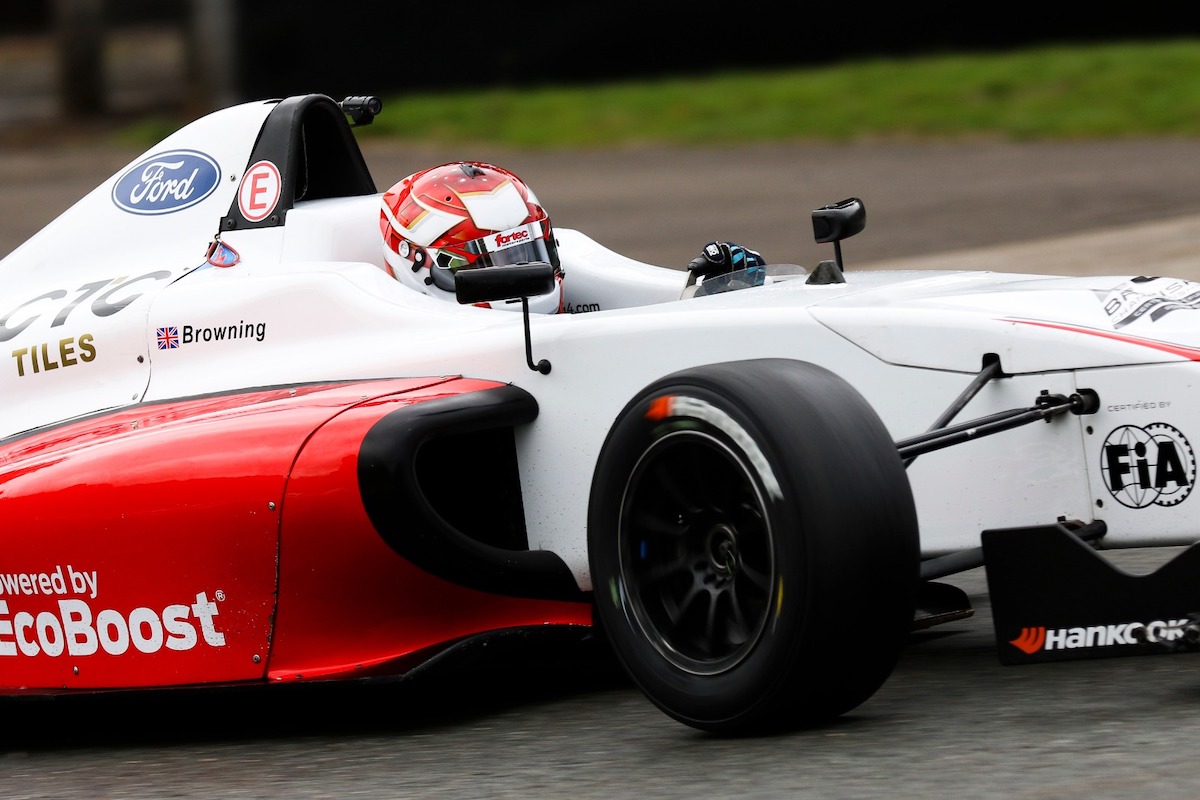 Luke Browning took his first British Formula 4 victory of the season in mixed conditions at Oulton Park in race one.

The Fortec Motorsports driver started from second but went around the outside of pole sitter James Hedley on the opening lap to secure the race lead.

Through the first two thirds of the race he was kept under pressure from Hedley and Zak O’Sullivan, but managed to build a gap to the duo as they battled for position.

In just two laps, he had pulled more than two seconds clear of Hedley, who was forced to defend against O’Sullivan, Alex Connor, Roman Bilinski and Casper Stevenson.

Even after O’Sullivan and Stevenson were able to find a way past Hedley, neither were able to close in on Browning, and he finished 2.7s clear of the rest of the field.

O’Sullivan took second ahead of Stevenson, Heldey, Connor and Bilinski.

As in qualifying, rain started shortly before the race, and got heavier as the session progressed, before clearing towards the end of the 20 minutes.

Though all drivers ran on slick tyres, the field managed the changing conditions well. The only yellow flag period during the race came just after the halfway point, when fourth placed Roberto Faria ran off circuit and brought out the safety car.

He was able to get going again and continued at the back of the order, along with Reema Juffali, who was also delayed at the same time.

Before the safety car period, Frederick Lubin had been under pressure from Abbi Pulling, while Nathaneal Hodgkiss, Christian Mansell and Nico Pino all remained close behind.

Lubin managed to get a good restart while Pulling fell back behind Mansell.

As Pulling and Mansell battled, Lubin pulled away to finish 1.3s ahead in seventh. Mansell held off Pulling and finished eighth, while Hodgekiss completed the top 10.