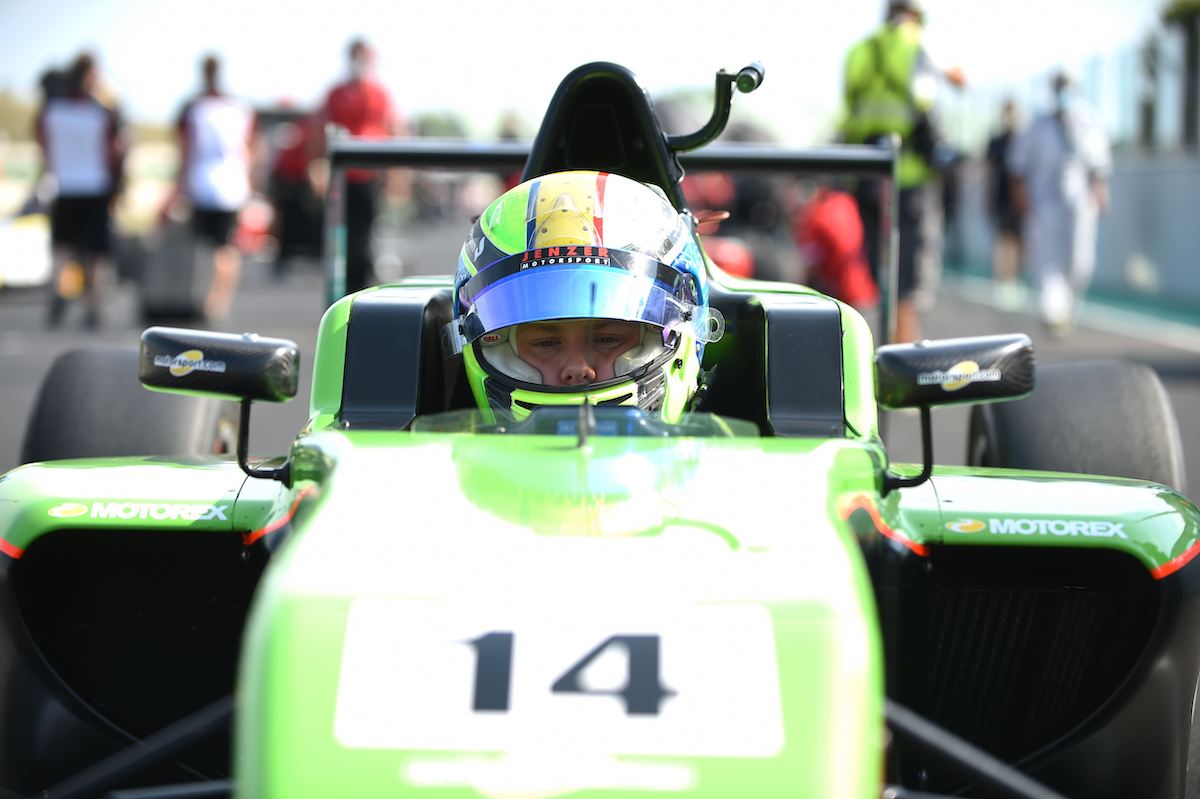 The cameoing Romanian made a strong start from pole, with MP Motorsport pair Kas Haverkort and Mari Boya, and his own Jenzer team-mate Francesco Simonazzi following him off the line.

A battle between the top four didn’t immediately materialise, as MP’s Joshua Dufek stalled on the grid and was clouted heavily by his team-mate Enzo Joullie.

This required several laps behind held behind the safety car, with drivers having to go through pitlane as the accident was cleared, but once the race began the front four were consistently at each other.

Ugran didn’t have to do too much defending as Haverkort and Boya preoccupied themselves with fighting one another, and in the final laps he had better tyres to extend a lead of a few seconds to win.

Boya’s multiple attempts at his points-leading team-mate at both the Turn 8/9 chicane and high-speed Turn 11 right-hander came to nothing, meaning Haverkort extended his championship lead with a second place finish.

Simonazzi eventually faded and ended up having to defend from MP’s Oliver Goethe to secure fourth, while third Jenzer car of Jasin Ferati came out on top of a thrilling battle with Global Racing Service driver Lorenzo Fluxa for sixth.

SMP Racing protege Ivan Nosov finished eighth, and did have Spanish F4’s only Female Trophy entrant Lena Buhler behid him until her Drivex School team-mate Valdemar Eriksen flipped her over and into the barriers after making contact. She emerged uninjured, and the crash didn’t require a safety car intervention.

MOL Racing’s Javier Sagrera and Eriksen rounded out the points, although Eriksen is under investigation for the clash.