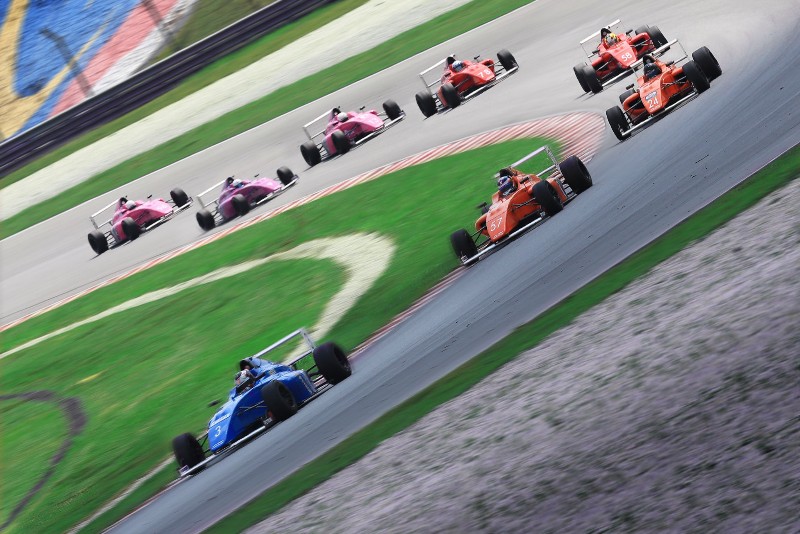 Lucca Allen won three of the four Formula 4 South East Asia race at Sepang to set up a final round title showdown.

The Irishman was beaten to pole by championship leader Elias Seppanen, but it only took a few corners for the lead position to change in Allen’s favour.

While Seppanen did fight back, the time he lost while being passed on the opening lap meant he never got close enough to reclaim the position.

Qatari Omar Aswat made his championship debut and was off the pace, finishing a minute down in seventh place.

Seppanen shared the fourth row of the grid for the reversed grid race two, and were at the front of the field by the end of the first sector. Allen then passed Seppanen for the lead and didn’t look back, taking victory by 4.253 seconds.

They were once again put to the back for race three, and this time their progress was far slower.

Luke Thompson snatched the lead and led early on from Seppanen, while Allen only made it to fourth on the opening lap. He passed Muizz Musuaffa on lap two of nine for third place, then made his way past Seppanen two laps later.

It took far longer to get to and pass Thompson, but once he did he had a comfortable run to victory.

Seppanen was back on pole for the final race, but Allen got past him again on the opening lap. This time Seppanen did reclaim the position and then held off constant pressure for the rest of the race.

The season finale takes place at Sepang next month. There are 107 points available, with 28 seperating title contenders. Seppanen and Allen.