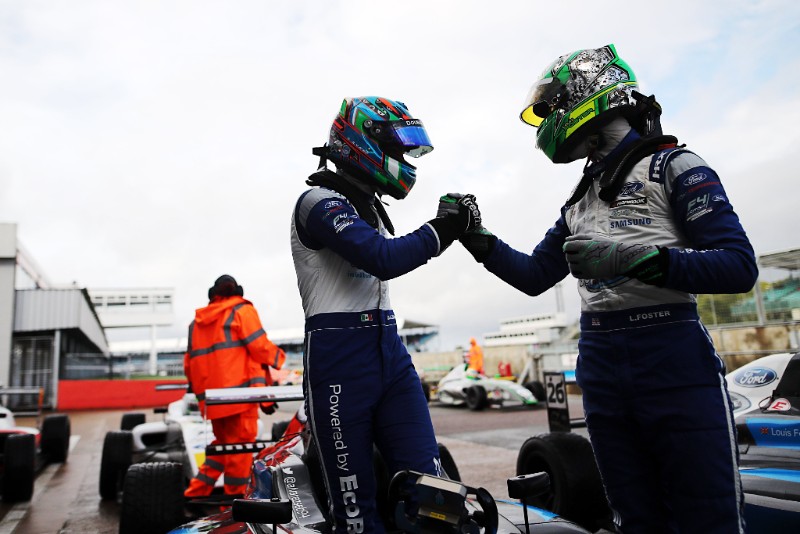 Double R Racing’s Louis Foster believes the rivalry with his team-mate Sebastian Alvarez pushed him to be a better driver in a “positive” first season in British Formula 4.

Ginetta Junior graduate Foster was third in the standings, just behind Alvarez, and helped Double R to the teams? title.

?Sebastian helped a lot, because he started the season having done a whole year, so I could feed off his data,? Foster told Formula Scout.

?I think we?ve both come out of it both better drivers than we came in.

Remaining in British F4 for 2020 is not on Foster’s agenda, as he plans to take a step up the motorsport ladder.

?We?ve got a few [options]. We?ll keep them open for as long as possible.

?A career in racing is what I want to have. Whether that means GTs, then I would love to do GTs.

We?re going into the final stages of the Porsche GB Junior scholarship; we?re still waiting to find out who the four finalists are, hopefully I?m one of the four. You might see me in Porsches next year or BRDC British Formula 3, or whatever really.”