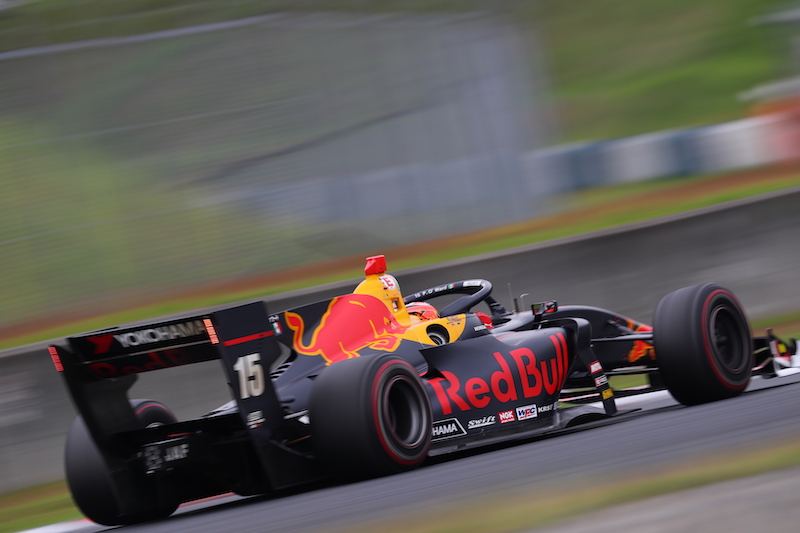 When Juri Vips makes his Super Formula debut in next weekend’s Suzuka season finale, he will be the third Red Bull junior driver that Dr Helmut Marko has deployed in the #15 Team Mugen car in the seven races held this year.

After Dan Ticktum was dropped by Red Bull’s setup entirely, little more than six months after his second consecutive Macau Grand Prix win, his SF replacement Patricio O’Ward has now also been moved aside after just three races in the Dallara SF19.

It appears as though O’Ward has been freed to return to IndyCar, rather than be dropped simply because of performance, but he has undoubtedly found it difficult to jump into a completely new racing environment in the middle of the season. A total lack of testing meant the odds were stacked even higher against the Mexican than for his troubled predecessor Ticktum, with the promise he’d previously shown in IndyCar counting for little in such a competitive series.

Now, there’s a fear that Vips faces a similarly difficult challenge. Moving into the Mugen seat at O’Ward’s expense for Suzuka suggests that this is simply a precursor to a full-time move to the series next year. Such a move certainly wouldn’t be a surprise, as it’s appeared on the cards for some time, but that doesn’t mean it isn’t concerning.

Vips has gained almost universal acclaim for his performances over the past two seasons, and you’ll struggle to find many people who don’t want to see him make it to Formula 1. But a move into SF for 2020, instead of Formula 2, threatens that possibility considerably.

That Ticktum and O’Ward have been given so little time to perform by Red Bull makes it easy to envisage that Vips could suffer a similar fate at some point next year if he doesn’t get results. Of course, the highly-impressive Estonian may well have something that his counterparts didn’t, and prove able to unlock the key to success in the Japanese championship. 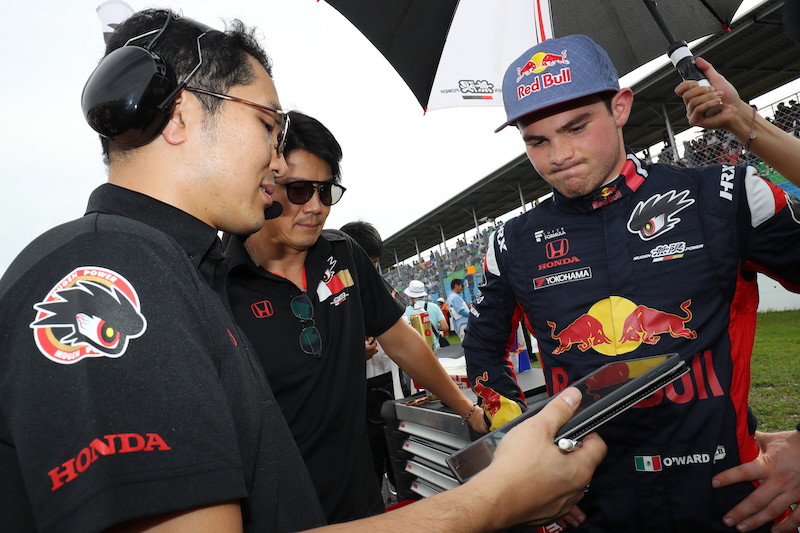 There are plenty of factors that make SF particularly challenging that Vips will seemingly have to overcome if he’s to avoid the Red Bull axe; not just a different car, but a different culture, different circuits, a different level of English proficiency within the teams and a very different level of competition, made up mostly of drivers with years of experience on the Japanese scene, the vast majority being rapid natives.

With only one race per weekend and points awarded only to the top eight finishers, simply scoring is difficult enough in itself. Take this example: When Ticktum was dropped, he had one point to his name from three races. That was one more than proven Toyota talent (and Red Bull athlete) Ryo Hirakawa, who then went a fourth race without scoring before winning at Motegi and taking pole at Okayama.

Any Red Bull juniors sent to SF face another problem. As it’s not part of the traditional ladder to F1, it awards far fewer FIA superlicence points: just 25 for the champion against F2’s 40. That’s a good scale for measuring the local drivers and rewarding sustained success, as proven by the case of Naoki Yamamoto. But a driver from the European scene faces an uphill task to pick up the final points they need in a single season: anyone needing 20 points has to finish inside the top two in SF, when a top-five finish would suffice in F2.

Therefore, if a driver is struggling to become a frontrunner in SF, they are pretty much going nowhere as far as their F1 ambitions are concerned. And if a driver doesn’t have enough superlicence points, they are of no use to Red Bull and the revolving doors that are its four seats in F1.

This is a problem for Vips. Had he managed to defeat the Prema drivers and win the FIA Formula 3 Championship title this year – as he was threatening to do mid-season – he would now be sitting comfortably on 52 points, well over the threshold of 40 required to obtain a superlicence. Even a top three place would have done the job. But having finished fourth, as the best driver outside the dominant Prema squad, he took only 10 points to add to those he got for the same result in FIA European F3 last year and the 12 he got for winning the ADAC Formula 4 title in 2017. 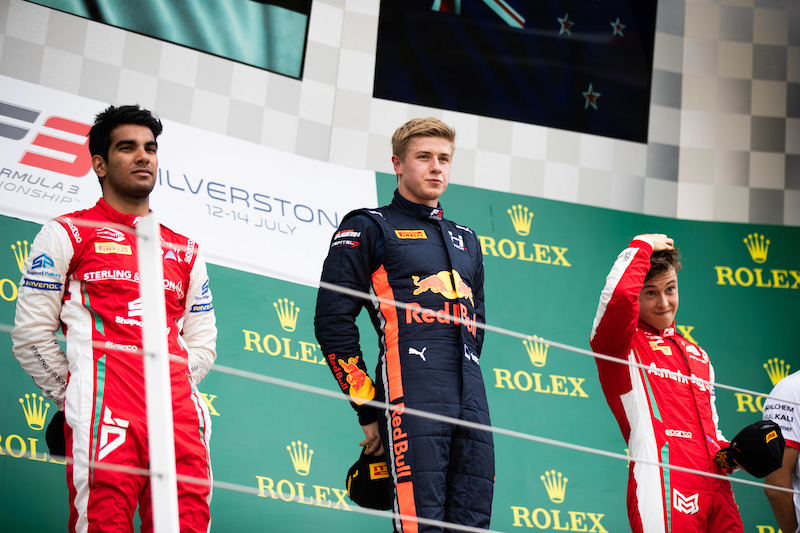 That leaves him needing to get eight points next year, requiring at least fourth place in SF. But with his ADAC F4 points set to expire on the three-year rule at the end of 2020, he could in fact require 20 points, or a place in the top two. In F2, he could get eight points by coming seventh overall, or pick up 20 by placing fifth.

Such positions are much easier for a rookie to obtain in F2 than SF because the barriers to success are much lower. That’s despite the tyres often being cited as a tricky thing for newcomers to get to grips with. George Russell proved, much like Charles Leclerc before him, that it’s possible for a driver coming from Vips’ level to be immediately successful in F2.

That’s not to take anything away from SF as a very good single-seater series that can serve an important function. Look at the case of Alex Palou, an underfunded talent given a proper opportunity and taking it with both hands. But not every talented driver is necessarily equipped to go straight in there and perform. Of course, Palou has made his successful move into SF from European F3, but he already spent a year racing in Japan, so he’s had less adapting to do than what Vips will require.

Red Bull may respond to such criticism by saying it wants to test its drivers. But to set expectations of young drivers that are very difficult to meet – and then to drop them when they fail to show progress quickly enough – is not driver development.

It has not always been like this, but Marko’s approach over recent years – especially since his capture of Max Verstappen – has simply been to fast-track drivers to F1 as soon as possible. Again, this is not driver development.

While Red Bull juniors usually answer the inevitable questions about Marko by saying he ‘just leaves them to it’ aside from the occasional, often critical, phone calls, their counterparts backed by Mercedes, Ferrari or Renault have their programme leaders on hand in the paddock ready to put an arm around them when things aren’t going to plan. 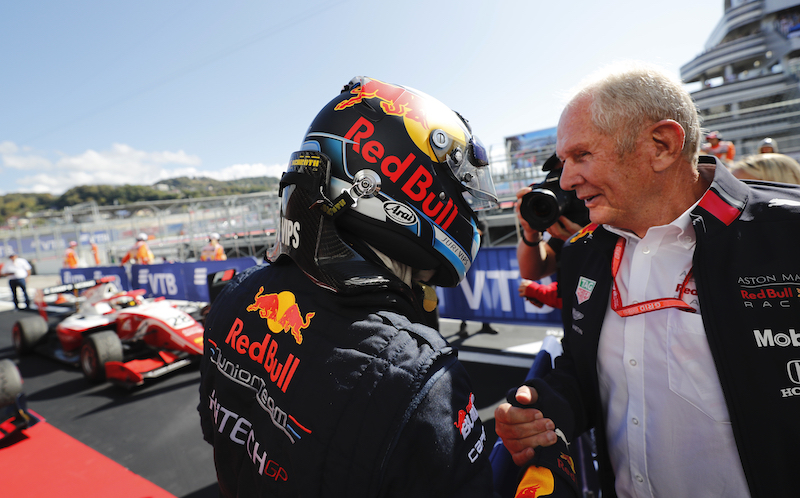 And this strategy is being used by Red Bull despite the overwhelming evidence as to the benefits of true driver development on a junior driver, whether it’s Lewis Hamilton, Charles Leclerc or even its own first success story: Sebastian Vettel.

There can be little denying that Marko has a good eye for talent and is willing to take a chance and invest in it – his initial signing of Vips is evidence of that. But by making life so difficult for his juniors that, more often than not, he just ends up discarding them and not having anybody left to bring to F1, means he is just wasting his time and Red Bull’s money.

But how did we get to this point where Red Bull was choosing to send its best prospects to SF? It wasn’t even the first F1 team to do it modern times – that was McLaren, when it needed somewhere to put its GP2 champion Stoffel Vandoorne when it didn’t have space for him in F1. Red Bull then did exactly the same with Pierre Gasly the following year.

Gasly, who had only two points to his name after three races, did eventually finish second in the standings. But he, just like Vandoorne before him, had arrived with two years’ experience in GP2 and one in Formula Renault 3.5. And whatever both learned in Japan, it wasn’t enough to help them prepare for the respective issues they faced after getting to F1.

On the other hand, the three rookies all gaining plaudits for their performances in F1 this year have all just graduated from the current specification of F2. That’s not to say that F2 is perfect as a junior series, because it most definitely isn’t, but it’s being proven as the best way into F1 right now.

Just as it’s the logical step for Vips next season, Ticktum should have been in F2 this year, and so should O’Ward once it emerged he had far fewer superlicence points than Red Bull believed when it signed him.

Marko has always liked to avoid GP2 and F2 – Gasly is the only Red Bull junior to get a full season there in recent history – but he shouldn’t hamper his drivers with such politics and instead do what’s best for their development.

Red Bull should provide its drivers with the best route to get to F1, picking up the most relevant skills along the way, and the best chances of success. Not just for their benefit, but also for its own good. And that’s more likely to be found in F2 right now than in Super Formula. 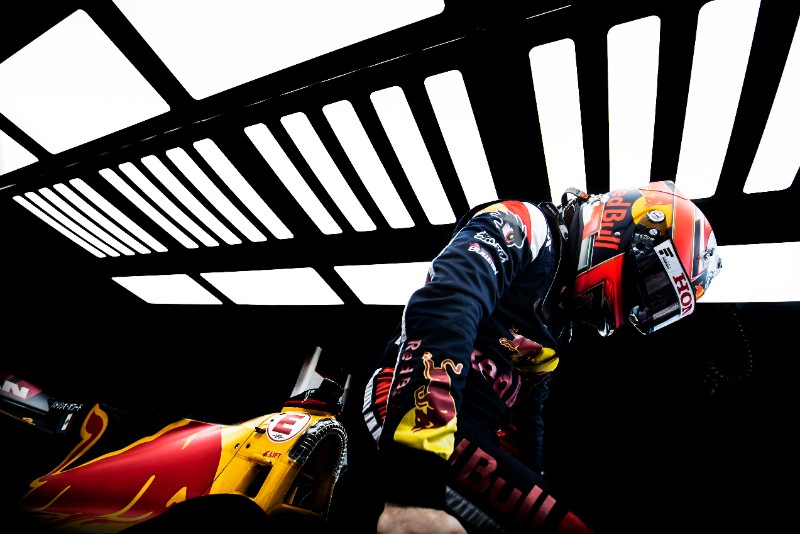