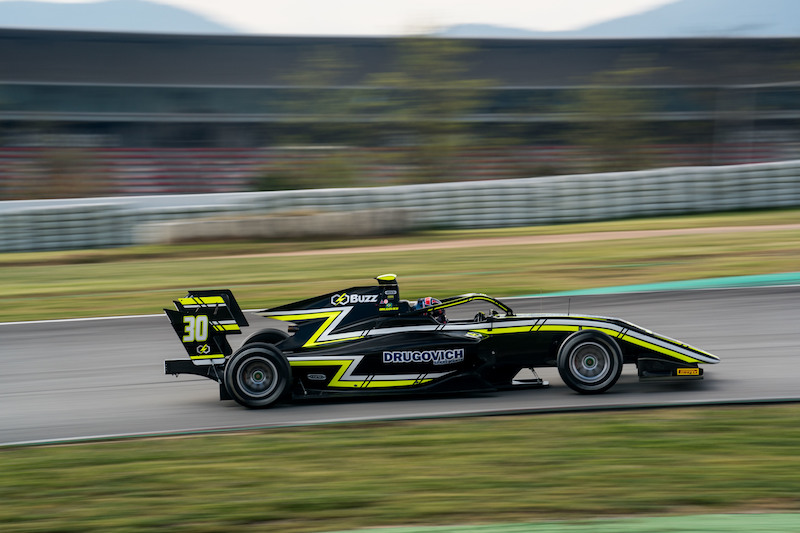 Novalak, who won this year’s British F3 title with the team at his second attempt, will drive for two of the three days.

The Frenchman also raced with Carlin in British F3 last year, finishing 18th in the standings, and had a similarly disappointing season in Formula Renault Eurocup with Josef Kaufmann Racing.

His car racing debut came at the start of the year in Toyota Racing Series, where he won twice on the way to fifth in the standings with Giles Motorsport.

“I?m so happy to announce that I will be part of the FIA Formula 3 rookie test at Circuit Ricardo Tormo from this Sunday to next Tuesday,” Pourchaire said.

“I will drive the first day with Carlin Racing and the last two days with ART Grand Prix. Big thanks to them for the opportunity.”

Carlin finished ninth out of the 10 teams in the inaugural FIA F3 season, while ART finished third and took a win with Christian Lundgaard. The Sauber Junior Team ran a squad with Charouz Racing System, which struggled but beat Carlin in the standings.