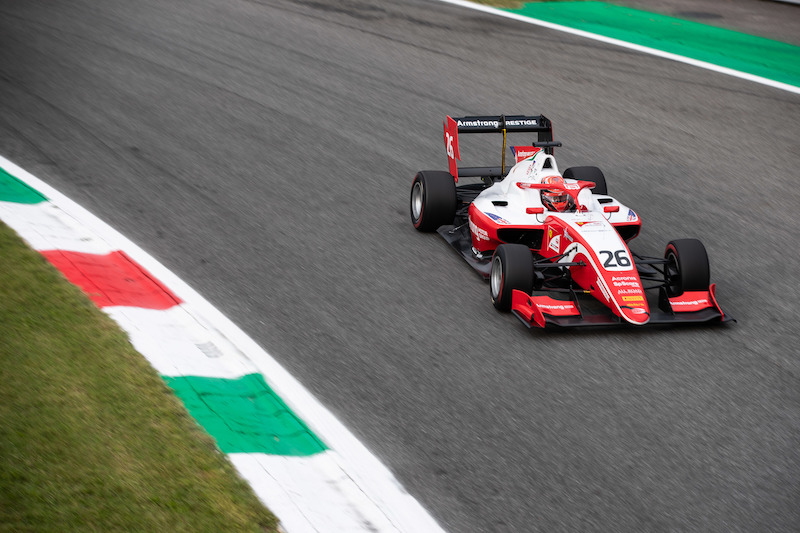 Prema ran Robert Shwartzman, Marcus Armstrong and Jehan Daruvala in the championship this year, securing a top three lockout in the standings.

Driving on the first of three days of testing will be Piastri, the 2017 BRDC British F3 champion Enaam Ahmed and Logan Sargeant – who drove for Carlin in FIA F3 this year.

?I?m looking forward to be driving the new FIA F3 car,” said Ahmed, who raced in Japanese F3 this year.

“I?ve never driven it so I?m curious to see how it feels especially as I?m going to be driving the best car with Prema. I?m looking forward to testing with them as I?ve never done so in the past so it will be something interesting for me and I?d like to see where it takes me.?

Piastri, whose season concludes at Abu Dhabi next weekend, admitted FIA F3 “would be a logical destination” for his 2020 plans.

?After testing in GP3 last year I am looking forward to seeing how this year?s FIA F3 car compares to the experience,” the Australian said. “The team has a great history and you can see that it has a winning mentality, so I cannot wait to spend a few days with them.”

On the second test day, Prema’s Formula Regional drivers Vesti and Enzo Fittipaldi will fly straight from their Monza season finale to take over from Ahmed and Sargeant, with the latter then returning in place of Piastri for the final test day.

“With Prema it has been a really successful first season and I hope this could be the first step to carry our relationship into the next year. The goal is to learn as much as I can about the car and tires, and hopefully to be fast as well!?

Ferrari junior Fittipaldi, fighting for second in the Formula Regional standings, was similarly as excited.

“I?m really excited. It?s a new car, the International F3 one, which is faster and with a lot more horsepower than the car I drive now with around 400hp,” Fittipaldi explained. “I?m definitely looking forward to learning as much as possible and working with Prema. This test is a great opportunity for me and I?m really happy.”

The Valencia test effectively replaces the later Abu Dhabi running conducted by predecessor GP3, providing teams a chance to evaluate or beginning working with drivers for the following season.