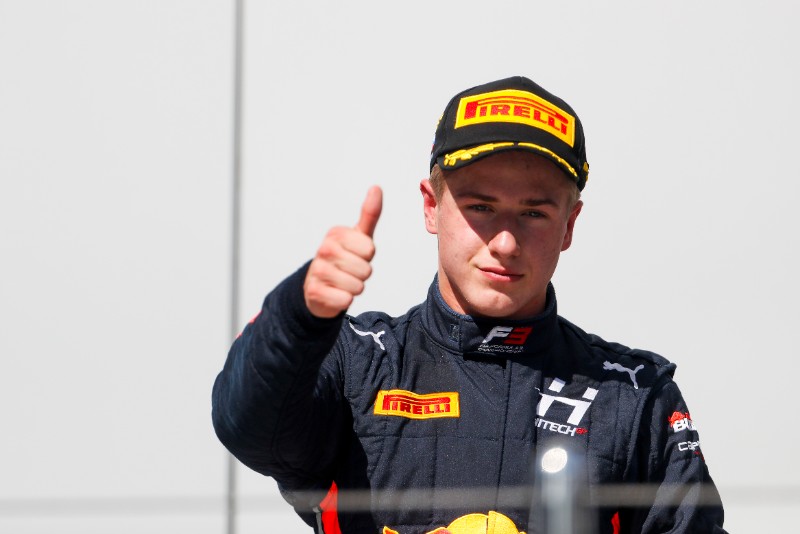 Vips, a FIA Formula 3 Championship title contender with Hitech GP this year, has been rumoured to race in SF in 2020 after failing to get the necessary FIA Superlicence points for F1 this year.

The 19-year-old Estonian was signed up by Red Bull ahead of the 2018 Macau Grand Prix, off the back of a FIA European F3 campaign with Motopark in which he won four races, and is now its closest junior to F1.

Two-time Macau Grand Prix winner Ticktum started the first three races of the season, but his tally of just one point in that time led to Mugen dropping him and Red Bull removing its patronage of his career in the summer.

O’Ward has also struggled in SF, scoring all three of his points in the last race at Okayama. He started the year driving for Carlin in IndyCar, taking a best finish of eighth but failing to qualify for the Indianapolis 500. He also entered a Formula 2 round in Austria as part of Red Bull’s F1 plans for the Mexican.

The driver swap puts O’Ward’s position with Red Bull in doubt, although it is believed the energy drinks brand and F1 team plans to continue supporting two cars in SF next year, with B-MAX Racing with Motopark’s series frontrunner Lucas Auer currently the other junior in the championship.