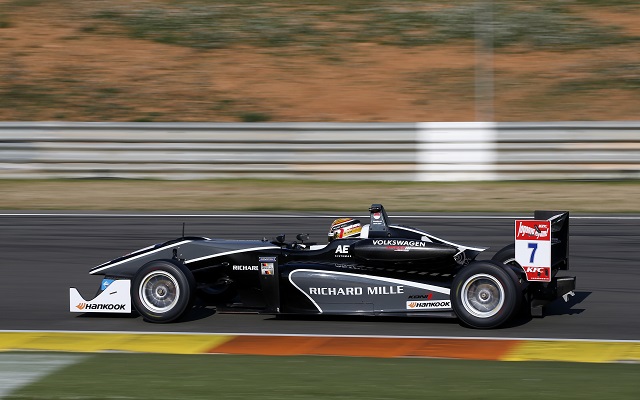 Charles Leclerc remained on top in the final session of the FIA F3 European Championship test at Valencia on Wednesday afternoon.

With the track drying and times improving as the afternoon went on, the Monegasque rookie claimed top spot with his final effort, 1m29.534s. That was seven seconds faster than his benchmark in the morning.

Maximilian Gunther was the quickest of the Mercedes-powered drivers in seventh ahead of another Carlin driver Sean Gelael. Mucke’s Santino Ferrucci was ninth, while West-Tec’s sole entry Fabian Schiller was again in the top ten.

Prema opted to do relatively limited running, meaning the best of their four drivers was Brandon Maisano in 27th place, seven seconds off the pace.