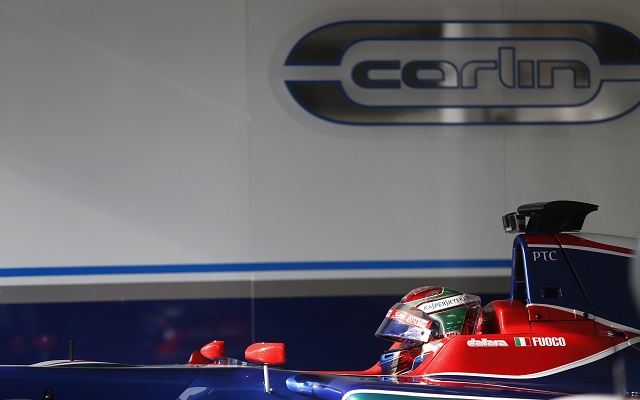 Ferrari protege Antonio Fuoco ended an overcast day of the GP3 pre-season at Estoril on top.

Fuoco, running in the #1 car for 2014 champions Carlin, moved up to first in the final hour of the session and narrowly held on to the benchmark.

ART’s Marvin Kirchhofer was the session leader before Fuoco and came close to taking the spot back in the final minutes, ultimately missing out by just 0.001s.

Arden’s Emil Bernstorff was another driver with a good shot at setting the pace, but ended up 0.022s off in third.

Ralph Boschung led the Jenzer efforts in seventh, with Jimmy Eriksson being the top Koiranen man in eighth.

Morning pacesetter Oscar Tunjo took ninth this time around, while Matheo Tuscher held on to tenth despite causing a late red flag.