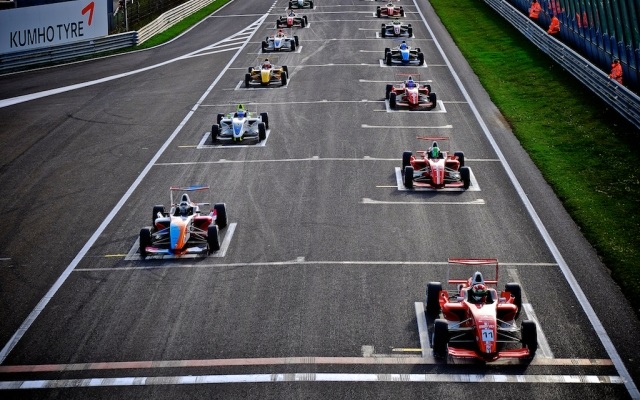 The Formula Renault 1.6 European Series, formerly known as the Northern European Cup, will not run in 2015, the organisers have officially confirmed.

The cancellation had been expected after the departure last week of Provily Racing, which was the only team to publicly confirm drivers for the 2015 season.

The championship was established in 2013 and lasted as the NEC for two seasons with Dutch Roy Geerts and Australian Anton de Pasquale becoming the two champions of the series.

?We started the series back in 2013 fully convinced that there was room to replace the Formula Ford for young drivers,” said Mick de Haas on behalf of series organizers CEO MdH Consultants.

“In 2014 everything was on the right track, with well-filled grids, and the right prospects for 2015. We fully believed in the good competition.

“However market conditions, over which we have no control, has resulted that today we are in no position to guarantee a series with a qualitatively and quantitatively adequate grid, not only for us, and equally for the teams and partners. Hence our decision, that was anything but easy, to pull the plug on the series for this season.

“We regret that it had to run to this, be it for the collaborators, teams, drivers and all others closely involved. It goes without saying that this in no way affects our other race series or activities in motorsport.?

As opposed to the European Series, Formula Renault 1.6 Nordic is still planned to be held for the forthcoming season.

27 different drivers contested the championship last year. While series champion De Pasquale and his former teammate Ferdinand Habsburg will graduate to Formula Renault 2.0 racing and runner-up Ralf Aron will move to Italian F4, the future of other drivers such as Florian Janits, who was rumoured to return to the series, has become uncertain.

Amongst the teams, Provily and Pirosports have made the move to ADAC F4 while Lechner Racing have indicated they will spend the year testing for the same series.