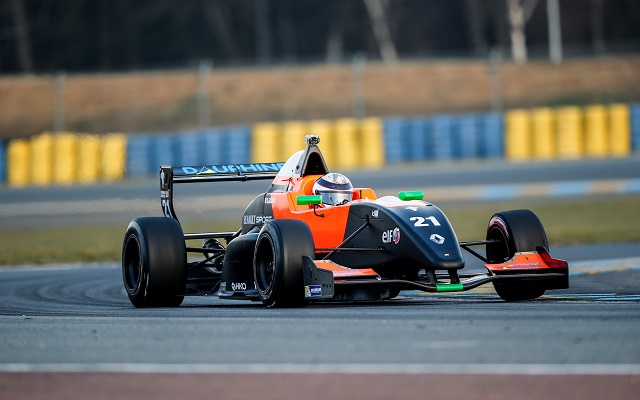 Tech 1 Racing’s Simon Gachet set the pace in the morning of the first day of the Eurocup Formula Renault pre-season test at Motorland Aragon.

Gachet, who is heading into his third season in FR2.0, broke into the 1:55s in the closing stages of the session and held on to the top spot.

Matevos Isaakyan of JD Motorsport was less than a tenth off in second, while Louis Deletraz took third for Josef Kaufmann Racing.

Anthoine Hubert and Kevin Jorg both led parts of the session but eventually settled for fourth and fifth respectively. Sixth for Thiago Vivacqua, meanwhile, meant that the top six spots on the timesheets were locked out by just three teams.

Ben Barnicoat and Dennis Olsen were seventh and eighth, while Strakka teammates Max Defourny and Charlie Eastwood rounded out the top ten.