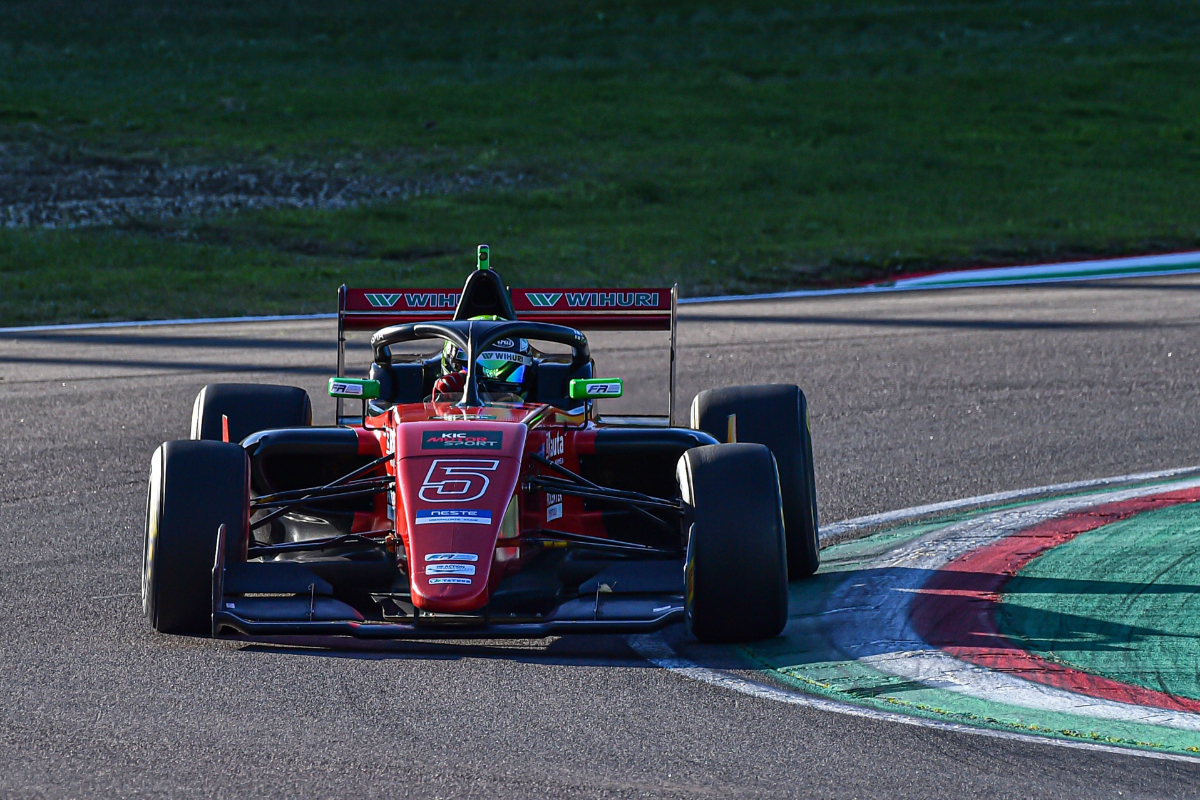 Prema driver Leclerc led from pole at the start of the 30-minute race, but coming out of Variante Alta on the opening lap his car slowed. The sensor issue his car had turned out to be terminal, and put him out of the race.

It is the second major issue for Prema this weekend, with Oliver Rasmussen being plagued by gearbox issues on Saturday.

This gave the lead to Pasma, who started second. He was able to open up a healthy gap early on to DR Formula by RP Motorsport debutant Ian Rodriguez, who won Saturday’s race.

Despite locking up on the final lap, Pasma won by 6.201 seconds, with Rodriguez following up his debut win with an impressive second place.

Prema’s Gianluca Petecof retook the championship lead with third, after gaining several places on lap one. He had no answer for the cars in front and instead found himself under pressure from Van Amersfoort Racing duo Dennis Hauger and Pierre-Louis Chovet.

Hauger had worked his way to fourth, including getting past his team-mate, and pressured Petecof hard throughout.

After starting at the back following his gearbox issues, Rasmussen was able to recover to sixth, having made up most of those places in the opening few laps. His move on KIC’s Konsta Lappalainen to take that spot came at the halfway point.

Gillian Henrion was eighth, ahead of Prema’s Jamie Chadwick and weekend debutant Nicola Marinangeli to round out the points – the latter having almost stalled at the start. Marinangeli pressured Chadwick to the flag.

DR Formula’s Emidio Pesce was running in in eighth but spun off at Rivazza and fell to the tail of the field.