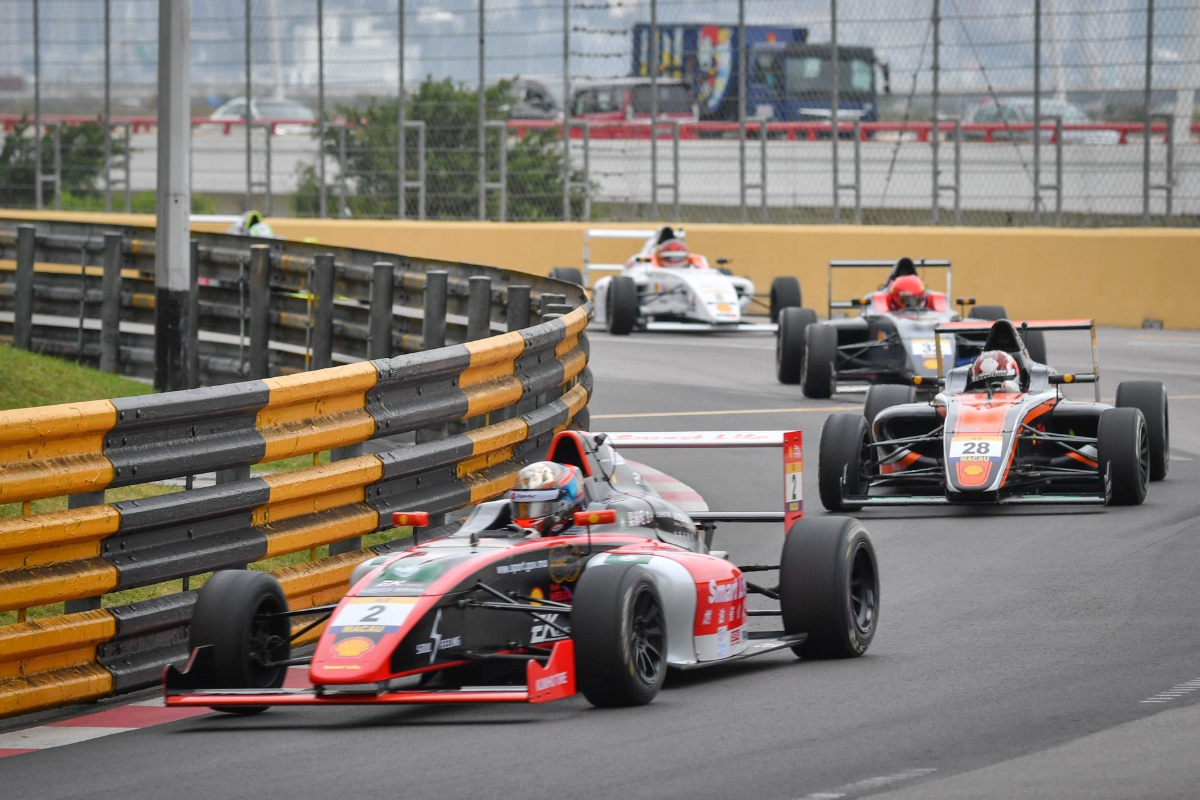 Leong made a great start from pole, weaving his way down the pit straight as Andy Chang held off Sicheng Li in his mirrors in second place on the way down to Mandarin Bend.

The slipstream effect enabled Chang to get a closer to the leader approaching Lisboa, while Yang Liu made a brave move down the inside of Li at the corner for third.

Liu’s race only lasted as far as the mountain section though, as he slammed into the barriers going up Faraway Hill and the safety car was required to clear his car while Yu Songtao went down one of the escape roads.

The safety car was out until the end of lap three, and once again Leong ran away on the restart.

Li couldn’t match Macanese duo Leong and Chang on pace, while fourth placed Stephen Hong dropped into the clutches of Junjie Liu over the next few laps.

Twice he had to defend into Lisboa, with the pair even going side-by-side through the final sector on lap seven of 12. Their battling drew Kang Ling in, and it then became a three-car battle for fourth.

Liu eventually got the move down down the inside of Mandarin on lap 10, and Ling tried following through up San Francisco Hill. He had to back out though as they encountered backmarkers, but stayed on Hong’s gearbox through the rest of the lap and got alongside at Reservoir Bend at the start of lap 11.

Once again he backed out, this time at Mandarin, and Hong held on to fifth.

Leong meanwhile had pulled out a three-second lead over countryman Chang with successive fastest laps, but it was Chang with the stronger pace in the closing laps.

On the penultimate lap he took two seconds out of Leong’s lead, as the pair encountered traffic, and backmarker Hui Zheng provided an effective roadblock between the top two when they reached Lisboa for the last time.

Another lapped car at San Francisco brought Chang right back onto Leong’s rear, and he had his mirrors full all the way to the chequered flag to lead a Macanes one-two.

Li finished 23s back in third, and Liu a further 17s back in fourth, while Hong just held off Ling for fifth by 0.231s. Chinese F4 champion He finished seventh, with Chang ending up as title runner-up.