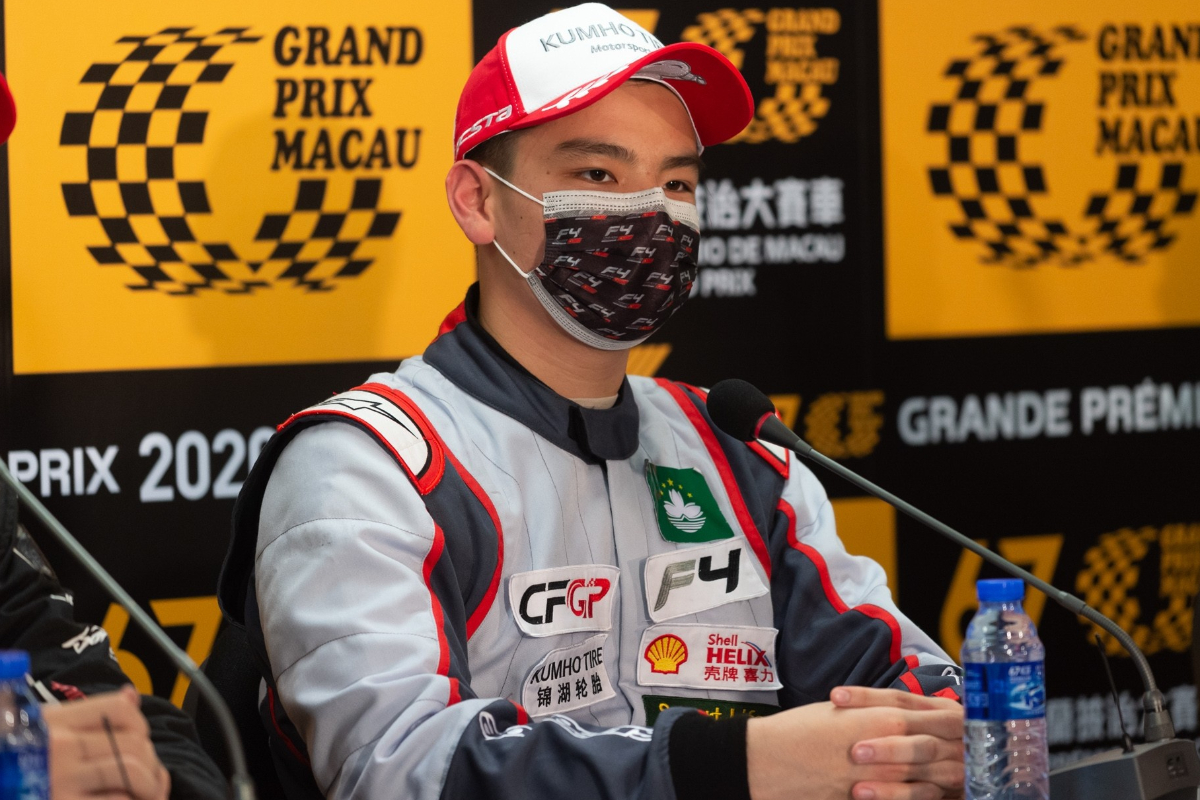 Macau Grand Prix victor Charles Leong, the first local driver to win the race since 2000, says he feels “like I’m dreaming” after his historic win.

The Macanese teenager held off countryman Andy Chang by just 0.513 seconds to claim victory, after the pair navigated lapped traffic on the last lap, and marked the first time the grand prix had been completed using Formula 4 cars.

Leong contested the race in 2018 and 2019 when it ran for Formula 3 cars, finishing 19th on his second attempt at the famous race, and was favourite coming into this year’s edition once he announced his planned entry to Formula Scout.

“Right now, I think I just reached one of my childhood dreams,” Leong said after winning.

“I’m a bit wordless, I don’t know how to describe I’m feeling right now. It’s just too much happening. I feel like I’m dreaming right now. All my friends are back, just wordless.”

A three-second lead was built up between Smart Life Racing’s Leong and Chengdu Team’s Chang at the front of the field, before backmarkers led to that being reduced to under a second as the top two entered the final lap of the grand prix.

“I got a couple of cars blocking me through the mountain part, which I was struggling quite a bit to get past them.

“At the end, it was actually really, really close because I think I used my tyres a bit too quick at the start of the race. It’s really tough.”

Leong’s return to Chinese F4 for the purpose of entering Macau meant he could not score points like his rivals, as he won the F4 title in 2017. He was also Asian Formula Renault champion that year, before stepping up to Asian F3 with Hitech GP in 2018 and finishing fourth in the points.

Budget issues meant his 2019 season was limited to two F3 outings before Macau, and this year he has been running his own coffee shop in Macau as well as winning three of the four Chinese F4 races he was able to contest ahead of the double-points season finale in his home country.

His Macau weekend started with a troublesome free practice one with limited running, but he then topped FP2, took pole and won the Qualification Race before doing the same in the Main Race.