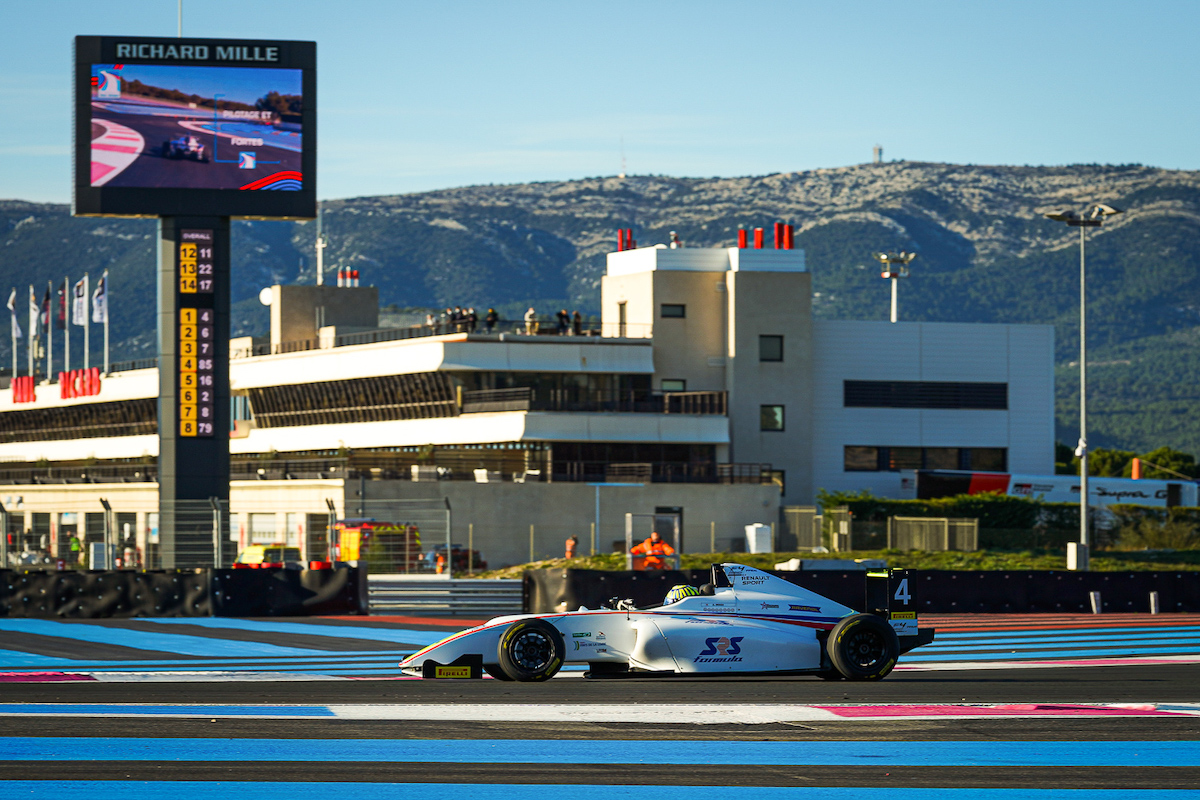 French Formula 4 champion Ayumu Iwasa rounded out the season with a ninth victory in the last race of the year at Paul Ricard.

Iwasa retained the lead from pole position at the start, but Isack Hadjar once again overtook him in the early stages, this time going around the outside of the tight right-hander at the start of the second lap.

Hadjar was chasing his fourth win from the final two rounds of the season, but within a lap he had been pushed down to fourth after Iwasa had attacked him on the inside of the final corner, forcing him wide.

Not long afterwards, Hadjar had made wheel-to-wheel contact with Romain Leroux and been demoted to sixth behind Rafael Villagomez.

After that, the race settled down at the front of the field, with Iwasa leading Sami Meguetounif and Ren Sato.

Although Iwasa struggled to break free, he was given reprieve in the closing stages when his fellow Honda junior Sato took second away from Meguetounif in Turn 1.

Iwasa finished 1.864 seconds in front of Sato while Leroux completed the podium after also putting a move on Meguetounif late on.

Meguetounif was then passed by Villagomez on the final lap around the outside of Signes, but found a way back past on the inside to finish fourth.

Hadjar was nearly four seconds back in sixth but ahead of a five-way battle over the final points positions. Owen Tangavelou led home Esteban Masson, Loris Cabirou, Valentino Catalano and Daniel Ligier.