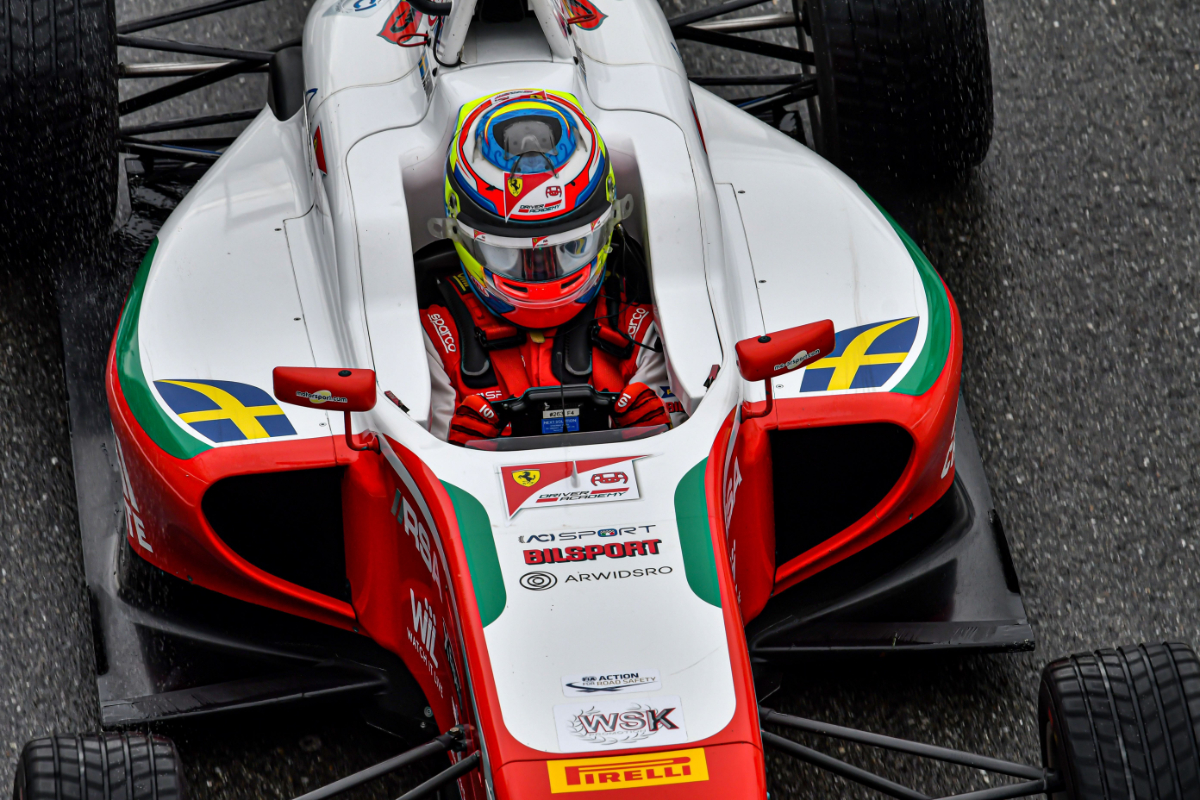 Ferrari junior Dino Beganovic picked up his first single-seater win in a disrupted second Italian Formula 4 race of the weekend at Imola.

The safety car was brought out four times during the 30-minute race, which also ended behind the safety car.

Prema’s Beganovic managed each restart well. After keeping points-leading team-mate Gabriele Mini behind on the initial start from pole, he was able to keep out of reach of those behind throughout/

Before the race got underway, there was an issue as Cenyu Han ran into the gravel on the formation lap, prompting a second formation lap for everyone else.

When the race started, Mini pulled alongside Beganovic but couldn’t make a move stick, while US Racing’s Ollie Bearman battled with Crawford for third.

The first safety car period came on lap one, when Axel Gnos crashed after his front wing became stuck under his front wheels.

Beganovic pulled away on the restart and had built a good gap to Mini when the safety car returned to clear up Bhaitech team-mates Sebastian Ogaard and Dexter Patterson colliding. Racing resumed, only to be paused again when Bence Valint entered the gravel.

The track turned green with four minutes to go. Again, Beganovic pulled away, only to have his lead cut when team-mate Sebastian Montoya ran into the barriers after contact with Mucke Motorsport’s Joshua Durksen.

Crawford pressured Mini but ended up holding off Duerksen for third, and Iron Lynx’s Leonardo Fornaroli finished fifth after a wide moment dropped Bearman down to sixth.

VAR’s Francesco Pizzi was spun around and Cram Motorsport’s Andrea Rosso was dropped from seventh to 21st by a penalty for an illegal overtale. Rosso is now out of title contention, with Pizzi the only driver who can beat Mini.