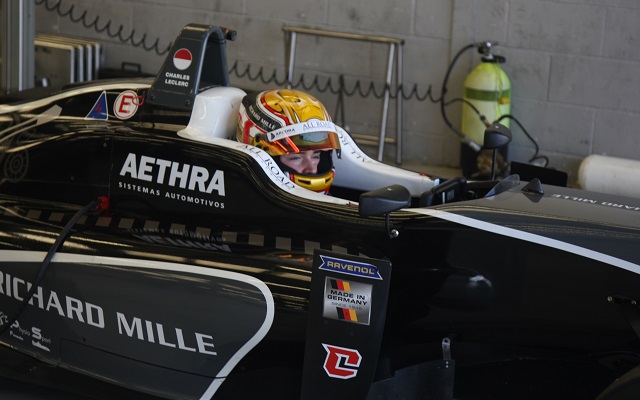 Van Amersfoort rookie Leclerc was nearly exactly a second slower than he had gone in the morning, with a time of 1m51.580s.

Carlin drivers Giovinazzi and Russell were again closely matched, this time separated by a hundredth of a second and both within 0.15s of Leclerc.

Pietro Fittipaldi was sixth for Fortec in front of the remaining Prema drivers, Jake Dennis, Brandon Maisano and Lance Stroll.