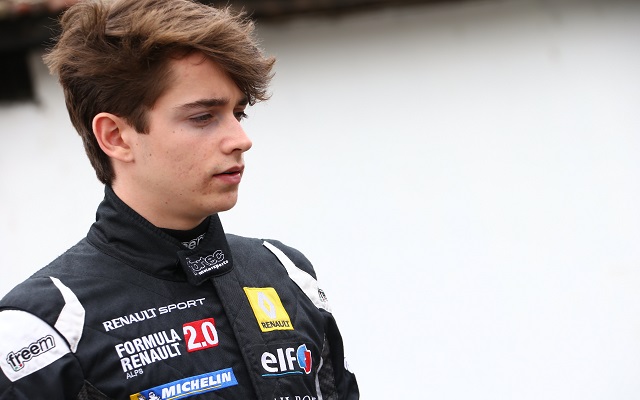 Fortec’s Charles Leclerc posted the quickest lap time around Spa-Francorchamp in the two-hour practice session ahead of the Formula Renault 2.0’s fourth round.

A last-minute effort from the rising Monegasque star allowed him to beat series leader Nyck de Vries‘ benchmark by 0.041s.

The Dutchman himself led the entirety of the second hour of running, having taken over at the top from Jenzer’s Marek Bockmann, who led much of the first hour.

Matevos Isaakyan, who won both races of the previous round at Spielberg, secured third, two tenths slower than the benchmark lap.

Tech 1’s Luke Chudleigh was fourth, while Koiranen’s George Russell was the final driver to go below 2:19, doing so under the checkered flag.