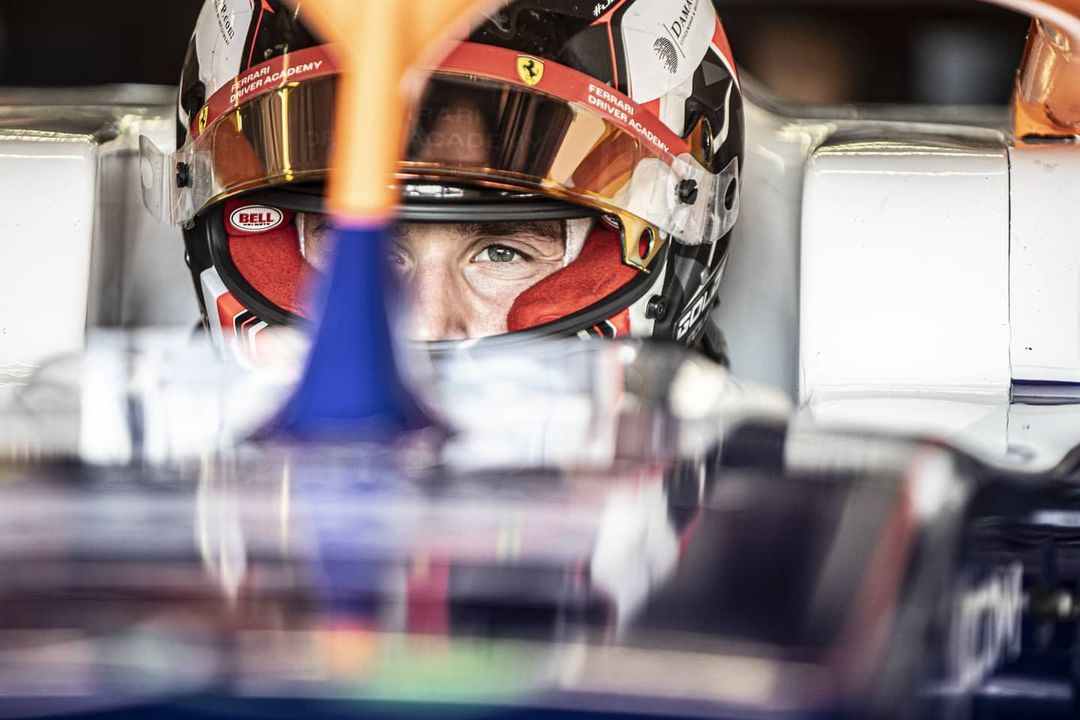 Leclerc had a strong launch off the line and took the lead from reversed grid pole-sitter Pierre-Louis Chovet on the run into the first corner with Isack Hadjar also rising into second place.

Meanwhile Dilano van’t Hoff and Gabriel Bortoleto retired as they made contact in an incident which prompted a first safety car interruption. Leclerc led a controlled restart after, holding the lead comfortably and then stretching out a gap to Hadjar in second place.

Beganovic began to put the pressure on Hitech GP’s Hadjar on lap five of 17, after Chovet had moved back into second and started hassling Leclerc, and this gave a chance to race one winner Hadrien David and Pepe Marti to close in on the frontrunners.

Hadjar had to defend down the pit straight from Beganovic, but this actually allowed him to stick to the rear of his car.

Chovet began to think about setting up an overtake on Leclerc after half-distance, the pair battling side by side before Chovet went wide into the dust on the kerbs. Hadjar and Beganovic slipped through, while fastest lap owner David was also quickly closing in behind.

The next lap Beganovic made a move down the inside of Hadjar, giving Chovet the opportunity to move up again and Leclerc the chance to get breathing room up front.

But then a second safety car interruption came, after Sebastian Montoya retired in an incident at the final corner, and Leclerc had to handle another restart.

He controlled it well, and led home fellow Ferrari junior Beganovic. Hadjar beat David to the final podium spot, and Chovet was sixth behind Lorenzo Fluxa.

A pointsless finish for Hitech’s Gabriele Mini, as well as Montoya’s retirement, means the previous points leaders have now dropped back and Leclerc leads the standings.