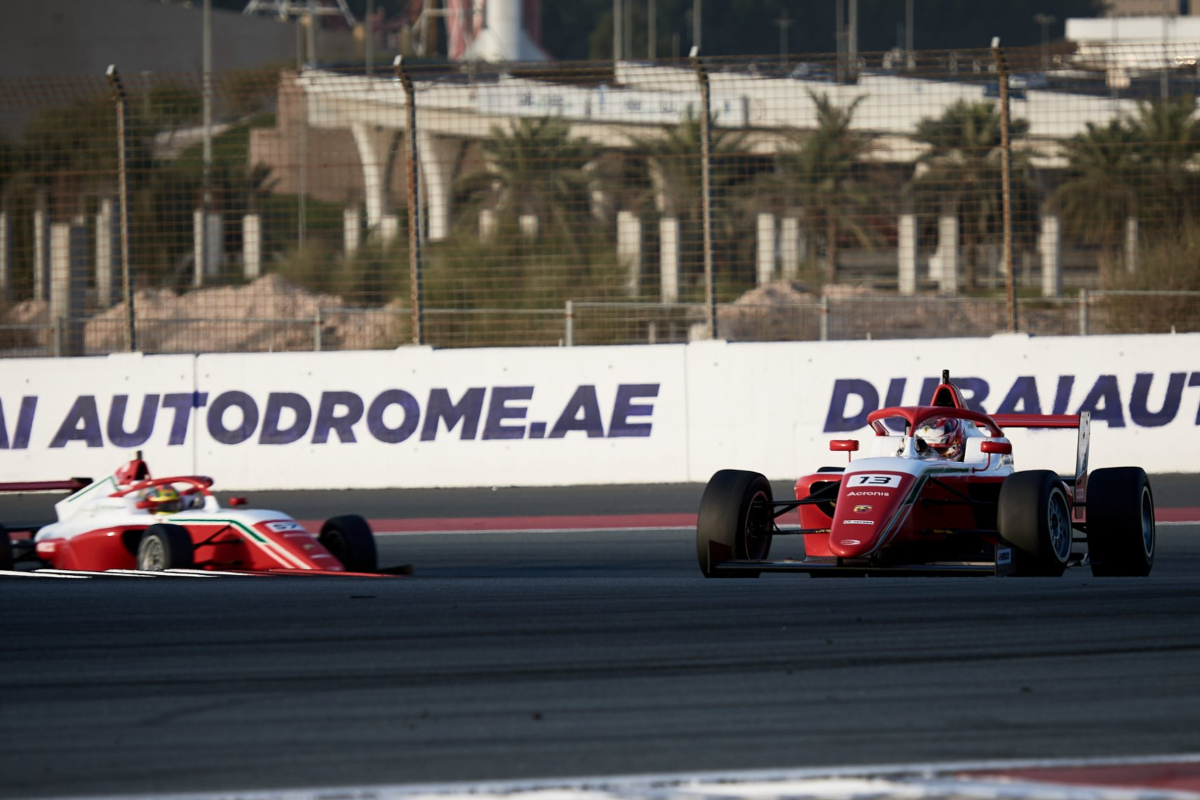 James Wharton has moved past the absent Andrea Kimi Antonelli for the Formula 4 United Arab Emirates points lead with his third win in a row.

The Abu Dhabi Racing by Prema driver claimed another lights-to-flag win in race three at Dubai Autodrome, winning by 14.140 seconds ahead of Charlie Wurz.

It was actually team-mate Aiden Neate who finished second on-the-road, 7.485s behind the winner, but a 10s penalty for being out of place on the starting grid dropped him to third.

MP Motorsport’s Tasanapol Inthraphuvasak started second but finished fourth, being passed by Neate in the first portion of the race and then by Prema’s Wurz on lap 11 of 16 after several minutes of continious pressure being applied.

Neate’s penalty means Inthraphuvasak remains second in the standings though, ahead of him by one point, while Mercedes-AMG Formula 1 junior Antonelli is shuffled down to fourth.

Hitech GP pair Ollie Gray and Alex Dunne both tried to get involved in the battles ahead but could only finish fifth and sixth, while PHM Racing’s Nikita Bedrin came out on top of a big scrap for seventh.

Miron Pingasov had initially been at the front of that group of fighting cars after Global Racing Service’s Vladislav Ryabov fell down the order, and he was in amongst the Hitechs until a last-lap pass by Dunne led to a concertina and he dropped behind Bedrin and had to work hard to cross the finish line ahead of Prema’s Rafael Camara.

There was a race-long battle for 15th which Ryabov fell into, and a brilliant over-under move by Mumbai Falcons’ Sohil Shah meant he came out on top ahead of PHM’s Barnard, AKM Motorsport’s Loris Spinelli, JHR Developments Joseph Loake – another to drop several places – and Ryabov.

David ends his two rounds in FRAC with second win