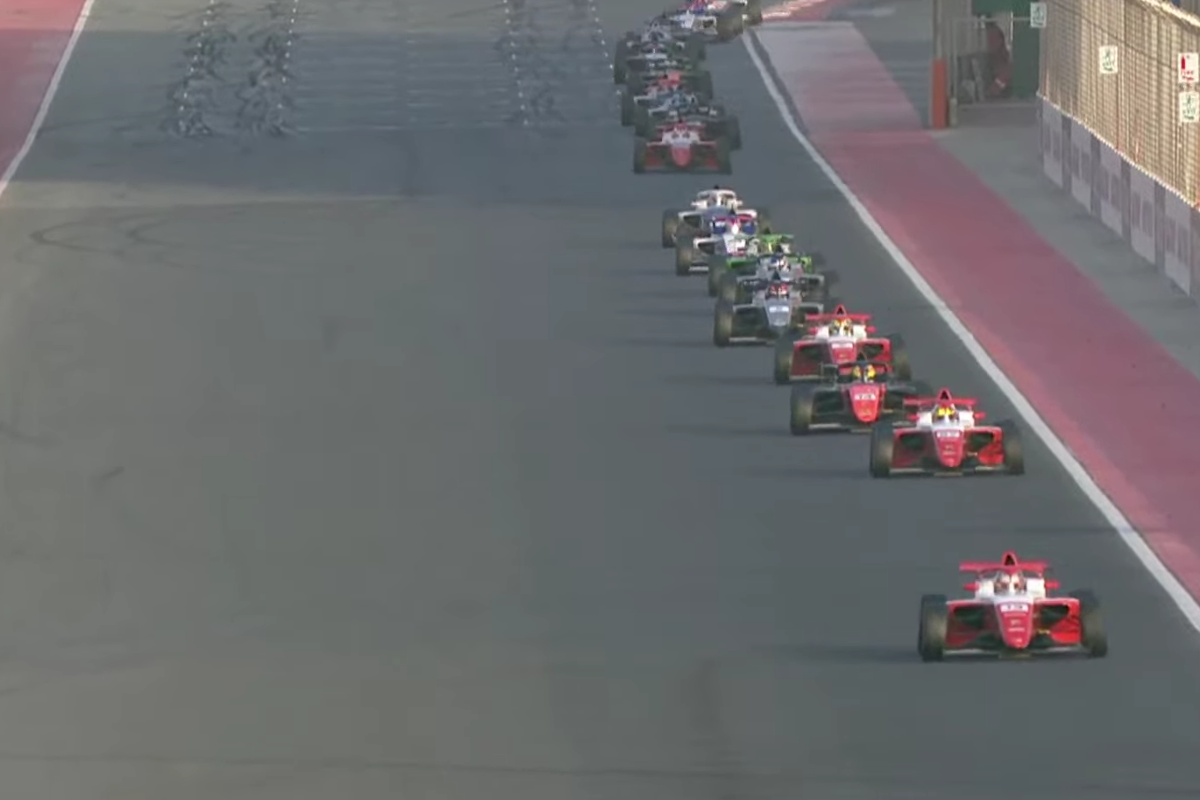 The Abu Dhabi Racing by Prema driver lined up alongside race one rival Tasanapol Inthraphuvasak at the front of the field, and the MP Motorsport made a strong start but Wharton crowded him to the pitwall to keep the lead into the opening corner.

Prema’s Aiden Neate and Charlie Wurz went either side of Inthraphuvasak entering the corner and while he wasn’t technically able to stay ahead he did run side-by-side with them through the next corners before running over the kerbs at the chicane and Neate claimed second.

Wharton had already pulled away, and Neate even got breathing room as Inthraphuvasak had to defend from Wurz and PHM Racing’s chasing Taylor Barnard, before the safety car was summoned as Miron Pingasov and Brando Badoer got involved in an incident and Badoer’s AKM Motorsport team-mate Loris Spinelli had a spin and damaged his car too.

The 2.2-second lead Wharton had amassed was cut before the end of the lap, but when action resumed on lap six of 14 he raced away again while Wurz attacked Inthraphuvasak for third and Hitech GP’s Ollie Gray got involved.

This time Wharton got 1.5s clear within a lap, and the three-way fight for third then closed in on Neate after he locked up. He broke away again, and in the remaining laps traded fastest laps with Wharton as he reduced his lead.

He ended up finishing 0.857s behind, with Inthraphuvasak just holding off Wurz for third and moving to within one point of the absent Andrea Kimi Antonelli’s championship lead. Gray led home team-mate Alex Dunne, who triumphed in a scrap for sixth.

There were four retirees, as JHR Developments’ Joseph Loake broke his car with a rough trip over the kerbs, and 3Y Technology by R-ace GP’s Martinius Stenshorne failed to start.