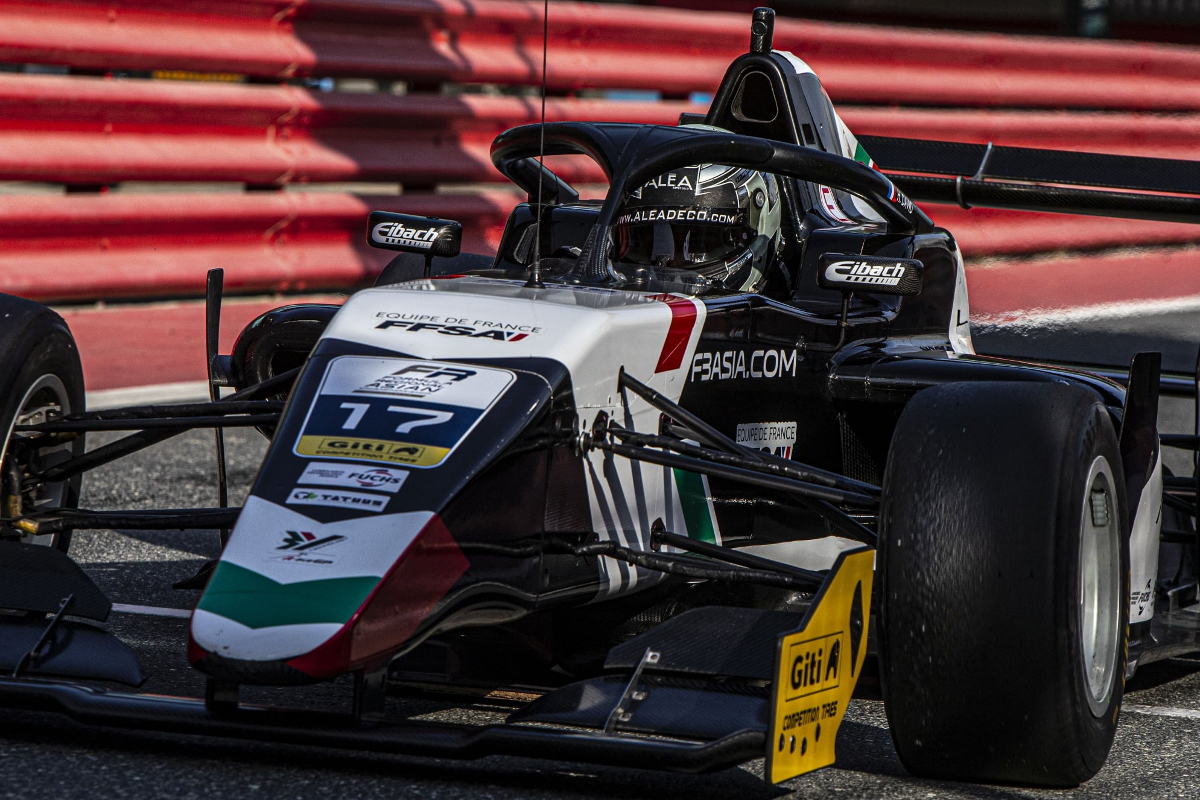 Hadrien David has taken his maiden Formula Regional Asian Championship win, earned by passing around the outside of Sebastian Montoya for the lead.

Mumbai Falcons driver Montoya started strong off the line from pole, but David also made a strong start from the other side of the front row and was able to put pressure on, staying in Montoya’s slipstream and passing him around the outside after two laps of battling.

Montoya’s team-mate Dino Beganovic made an electric start into the first corner along with Jak Crawford who put the front two under pressure before the first corner but the pair were unable to get involved further.

Crawford lost positions in the following laps – under pressure from Pepe Marti and Beganovic – and the Red Bull junior dropped to fifth before the safety car appeared for the first time.

The first interruption came when Abu Dhabi Racing by Prema’s Amna Al Qubaisi made contact with the wall out of the penultimate corner.

On the safety car restart, David launched early and was able to stretch a gap of 2.9 seconds to the battling pack behind made up of Crawford, Marti, Montoya, Beganovic and Gabriel Bortoleto. Marti clearly had pace compared to Montoya, and the Pinnacle Motorsport driver was able to pass the defensive Montoya.

The battles gave chance to Crawford to regain places lost from the opening laps as he passed both Beganovic and Bortoleto to move into fourth before the safety car neutralised the race once more.

There was late drama as championship leader Gabriele Mini retired, and in a separate incident Thomas Luedi made contact with the wall. That meant the race finished behind the safety car, with David leading Marti and Montoya home.