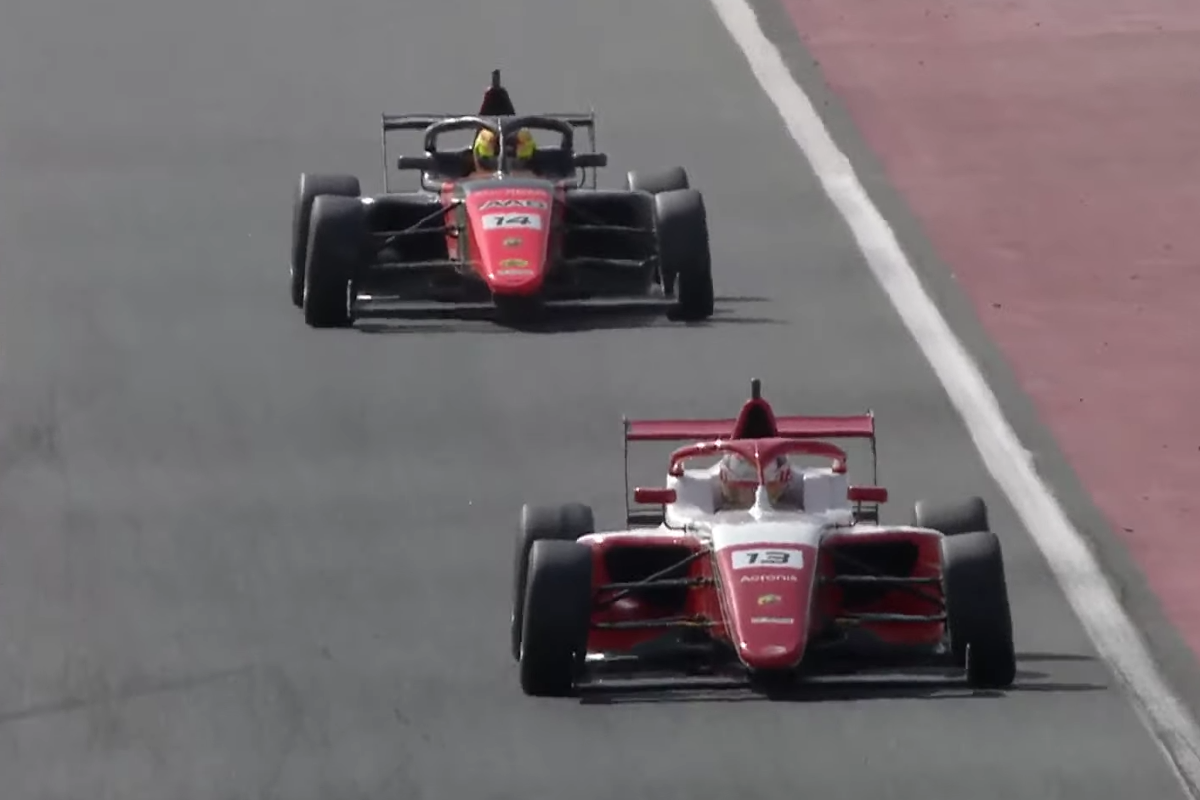 Abu Dhabi Racing by Prema’s Wharton beat MP Motorsport driver Inthraphuvasak off the line from pole to take the lead at the start of the 25-minute race. Global Racing Service’s Vladislav Ryabov had a brilliant start behind and tried to hang around the outside to slot into second place, but couldn’t do so and started to drop through the order.

From there, the top two kept close throughout and traded fastest laps until single-seater rookie Wharton started to open up a small gap to his rival.

That was until the safety car came out for a collision involving sportscar star Loris Spinelli. He had contact with two other cars, one of which is suspected to be Ollie Gray, who was in the same region as Spinelli and made a pitstop immediately after the safety car was called.

The race resumed with enough time for two racing laps, but after Nikita Bedrin spun around Aiden Neate into the path of Martinus Stenshorne there was two stationary cars on track and so red flags concluded the race prematurely.

This left Wharton the winner ahead of Inthraphuvasak, with Charlie Wurz rounding out the podium after a robust scrap with Prema stablemate Neate early on in the race. That scrap allowed MP’s Miron Pingasov into the mix, but he was given a 10-second penalty for being out of position at the start which dropped him right down the order.

Despite the incident, Neate was classified in fourth in the provisional results ahead of PHM Racing’s Bedrin, who charged up from 11th on the grid, and Stenshorne.

Ferrari junior Rafael Camara finished in seventh in what was his delayed car racing debut, ahead of Taylor Barnard, Jamie Day and Alex Dunne.