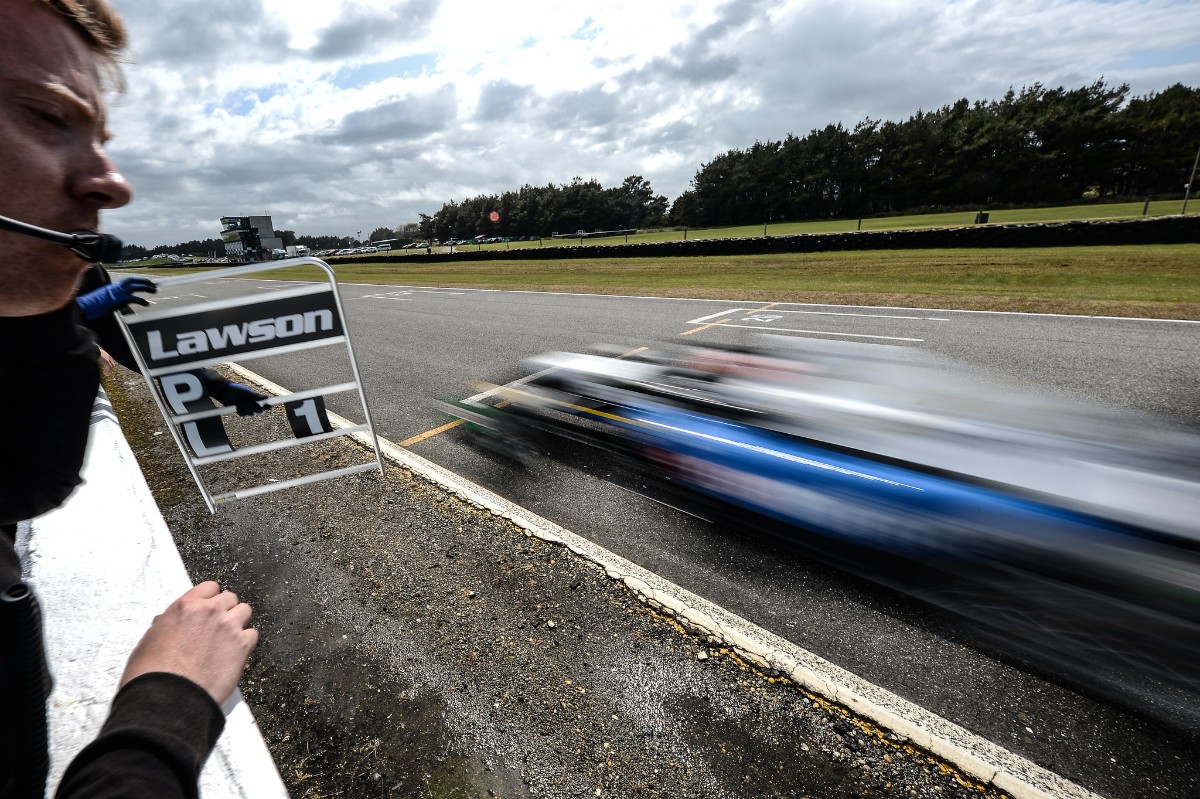 Liam Lawson won the third Toyota Racing Series race at Teretonga, despite suffering from a loss of power.

The New Zealander jumped poleman Jackson Walls at the start and quickly stretched out a lead up front, with M2 Competition team-mates Igor Fraga and Yuki Tsunoda in second and third after Walls had an off on lap three.

On lap 13 of 25, Fraga suddenly closed in on Lawson and was potentially close enough to challenge for the lead.

Points leader Lawson reported that he had lost power for several seconds, having had other mechanical issues over the weekend including a clutch issue.

The leader was able to respond and set a lap record pace before the race finished behind the safety car when Oliver Rasmussen misjudged the space available on the entry to The Loop and crashed into race two winner Emilien Denner.

Had the last two laps been contested fully under green flag conditions, MTEC Motorsport by R-ace GP’s Caio Collet may have been able to challenge team-mate Walls for fourth.