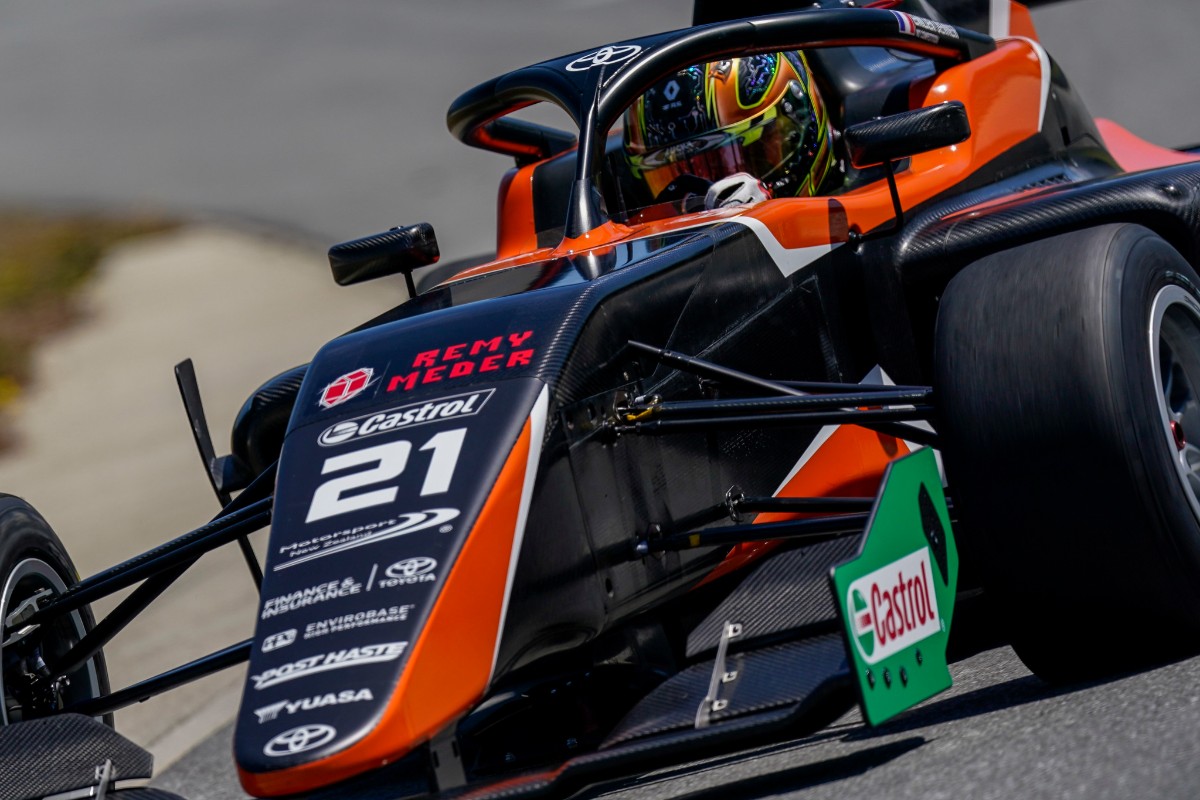 Emilien Denner has described how winning in just his fifth single-seater race in the Toyota Racing Series has given him “a lot of self-belief”.

The 17-year-old has only karted competitively for three seasons, culminating in winning the FIA International Super Cup and Trofeo Andrea Margutti, and finishing second in the CIK-FIA European championship for KZ2 karts last year.

Denner also began a Formula Renault Eurocup testing programme with debuting team M2 Competition during 2019, and joined the team for the 2020 TRS season to make his car racing debut.

His first weekend in the championship, at Highlands Motorsport Park last weekend, peaked with a ninth place in the Dorothy Smith Memorial Cup.

At Teretonga he improved straight away with an eighth place, which gave him reversed grid pole for race two.

He duly converted that into a comfortable looking victory, despite a safety car intervention and two internationally experienced single-seater stars chasing him.

“It [felt] amazing,” Denner said of his victory. “After the first weekend we were talking about top 10 finished, and now I’m first so it’s really nice.

“I was just focusing on my driving [on the safety car restart]. Getting the best exit as possible out of the last corner so they can’t get my slipstream. I think I did a pretty good restart so it was fine, and I’m really happy about this win.

“For sure it gives a lot of self-belief. To be honest I had a lot in karting because I just kept winning, but now here it’s all new for me so it’s really nice to win.”

Denner’s father Eric, who manages his career, was similarly pleased about the win and believes it will help further strong results come in.

“I can’t find the words to explain what he do, what he does, because it’s simply amazing,” Eric Denner said.

“First time with this Formula 3 car, in New Zealand for this nice Toyota Racing Series. Today second race he won, it’s just unbelievable for me.

“So much sacrifice all the time, to find [money] for three years to go through karting, and then to arrive here [and win] in this high class is just incredible.

“Yeah [this win will boost his self-belief], really really big. Because the second qualifying session was a bit difficult for him, but now he mentally had enough strength to lead this race from beginning to the end.

“He will be a lot confident for sure, because of that, for the next few races.”

Denner lines up 13th on the grid for the third race of the weekend.