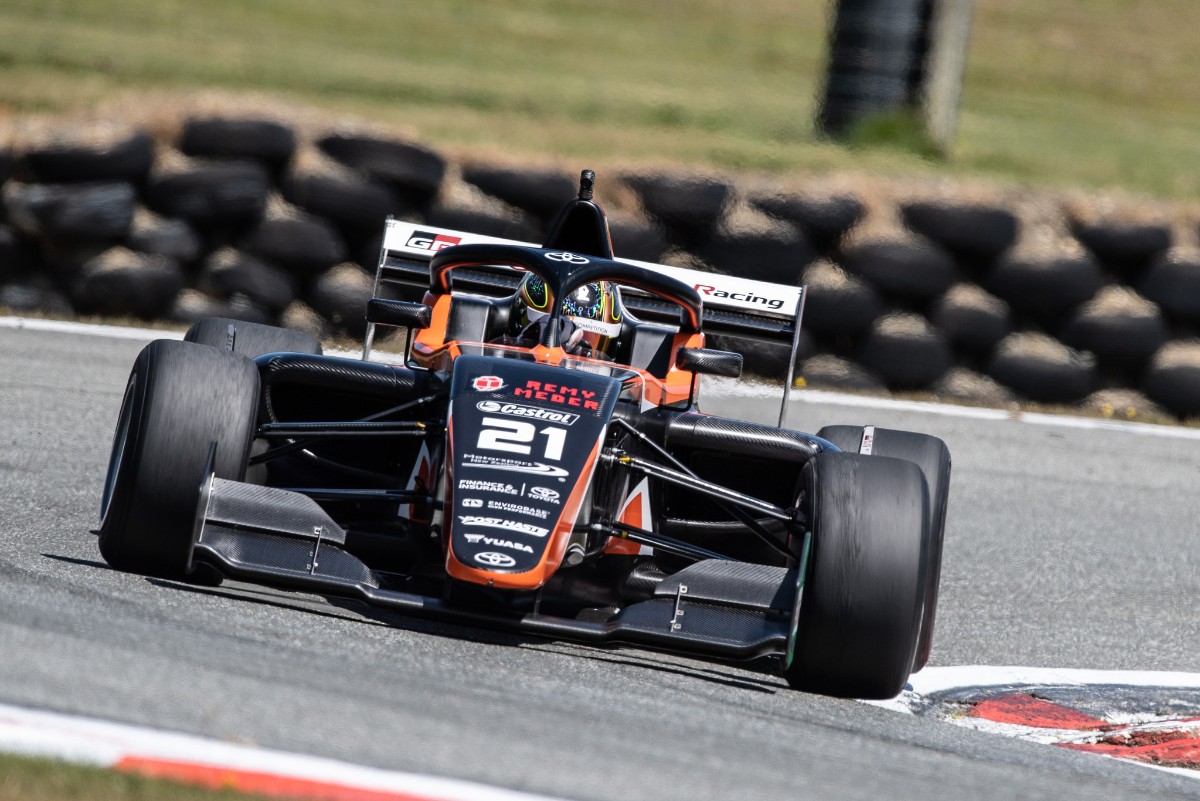 Denner started the reversed grid race from pole and managed the start well to hold off Giles Motorsport’s Lirim Zendeli.

There was then a lengthy safety car period to recover the beached car of Zendeli’s team-mate Henning Enqvist from the gravel.

Denner managed his first restart from the front superbly, and through the remainder of the 20-lap contest was able to maintain a gap to Zendeli, who came under intense pressure from M2’s reigning champion Liam Lawson late on.

Victory for Denner marked only his fifth race since the international karting champion joined single-seaters.

Lawson, who started third but was passed by team-mate Ido Cohen off the line, pressured Zendeli for only the last segment of the race as he took some time to pass Cohen.

Zendeli then resisted Lawson’s pressure to take his best result of the season, while Lawson rounded out the podium.

Red Bull junior Yuki Tsunoda charged his way from 11th on the grid to seventh, although all but one of those positions were gained on the opening lap.

It was MTEC Motorsport by R-ace GP’s Caio Collet who provided the sternest challenge, with the pair dicing for a couple of laps before Honda junior Tsunoda worked his way down the inside with the help of a double tow from M2 team-mate Igor Fraga, who was in front of both.

MTEC’s Jackson Walls, who is set to start race three from pole, had to begin from the pitlane and was only able to work his way up to 16th.