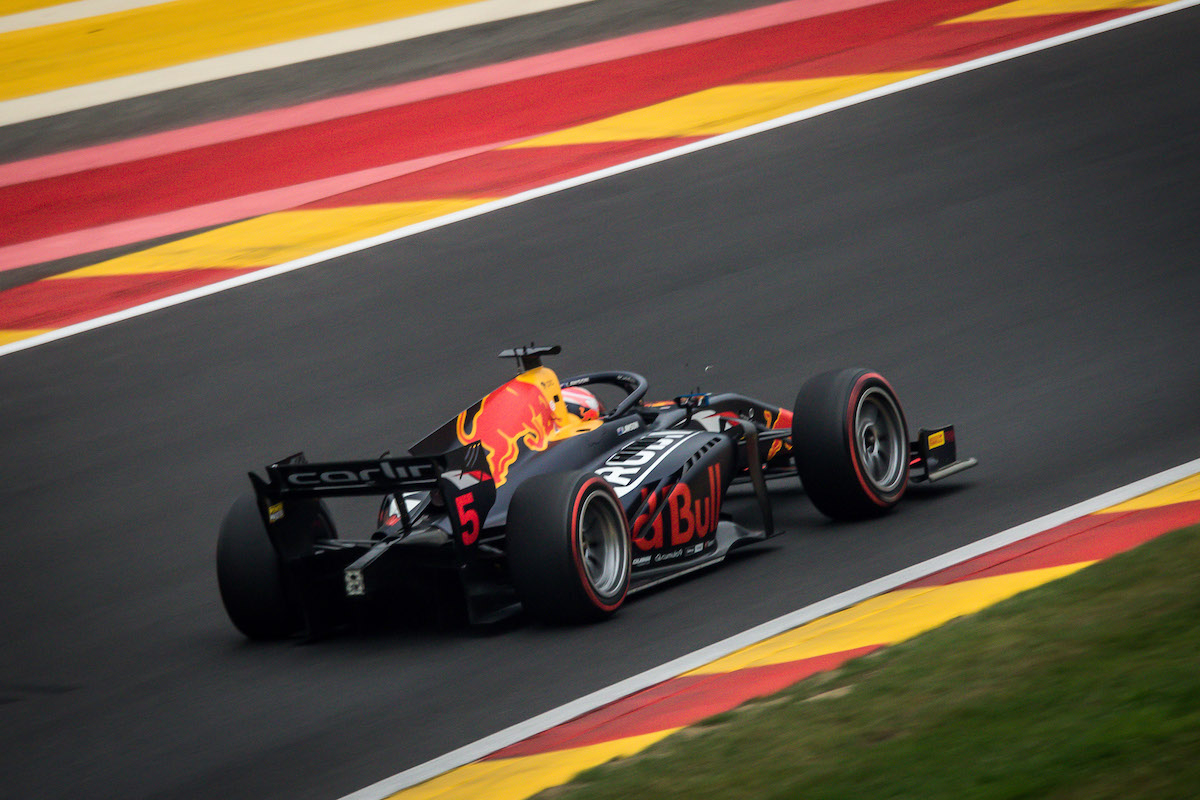 Having climbed from the third row of the grid to second into La Source at the start behind Ralph Boschung, who converted pole into the lead, Lawson swept past the Campos driver approaching Les Combes on lap two.

Behind them Trident’s Richard Verschoor came out on top in a three-way battle on the Kemmel Straight on the opening lap with Jack Doohan and Theo Pourchaire to retain third.

Boschung initially remained within a second of Lawson, who struggled early on with his rear tyres, but the Kiwi eventually pulled over four seconds clear, while Doohan used DRS to breeze past Verschoor.

The safety car was deployed on lap 11 of 18 after Carlin’s Logan Sargeant emerged unscathed from a high-speed crash exiting Pouhon while running ninth.

Lawson immediately pulled out a 2.5s advantage once racing resumed with five laps remaining, and extended his winning margin to 3.868s by the chequered flag.

Boschung was pipped to second on the final lap by Doohan, who moved around the outside into Les Combes.

Points leader Felipe Drugovich pitted from sixth during the safety car period, as did several drivers behind him, to switch from hard to soft compound tyres. The MP Motorsport driver climbed from 12th at the restart to steal fifth from title rival  Pourchaire with one lap to go at the chicane.

After passing Verschoor for fourth on the final tour, Drugovich missed out on a podium spot to Boschung by less than a second at the finish.

Prema’s Dennis Hauger was another to pit for softs and finished 10th. Team-mate Jehan Daruvala was due to start the race from second but pulled off with an issue on the way to the grid.