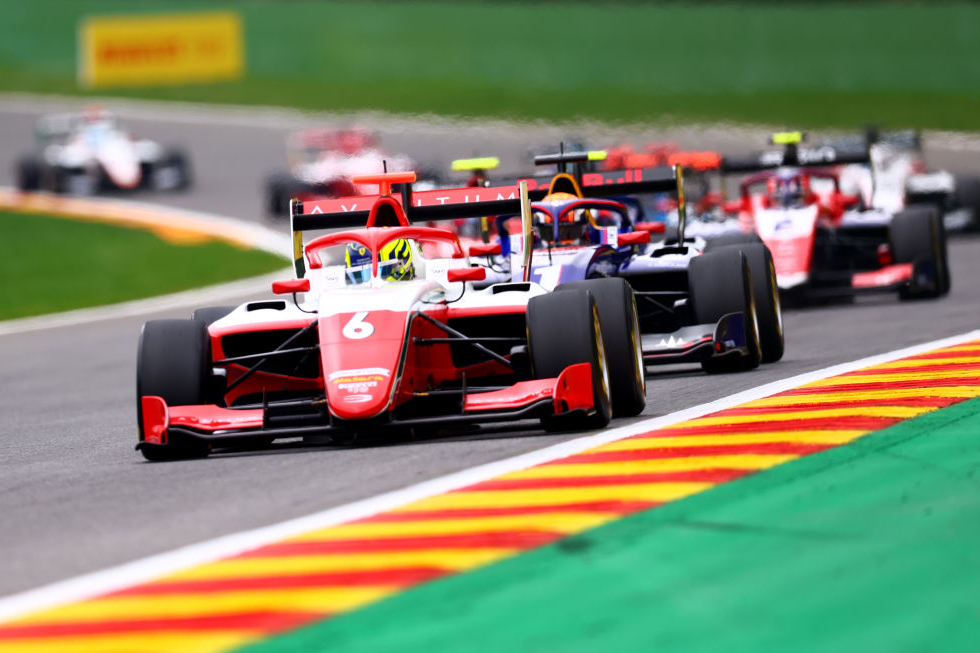 Ollie Bearman believes his management of restarts was key to achieving his maiden FIA Formula 3 Championship win in the Spa-Francorchamps sprint race.

The Prema ace led all but the opening lap of the race, but that doesn’t mean he didn’t have to be smart in key moments, particularly at the frantic start when he navigated his way from fifth to second.

“The first lap I just tried to keep my nose clean,” the Ferrari junior said. “I almost got involved in the incident in turn six, [Juan Manuel] Correa had a puncture, but I managed to avoid him just about. From there, I was just trying to manage the tyres and stay out of DRS.”

In a circuit where the slipstream and the DRS effect are so powerful, Bearman had to face a safety car restart and a post-red-flag rolling start, which he managed perfectly, pulling two seconds clear within a lap of the battling Jonny Edgar and Brad Benavides.

“It was super important to break the DRS. That was kind of the aim,” he replied when Formula Scout asked how crucial building a safe gap at the restart was.

“I had to push a lot in the first lap, which is not ideal because obviously we just came out after the red flag and we did one lap, so for all of us it was difficult to build the tyre pressure. So, I think we struggled a bit more than we would have.

“Basically because I was leading, I was able to weave before the safety car restart, but the people behind me they weren’t because they didn’t know when I was going to go. I managed to have a bit more temperature, so I was faster through the last two corners and also T1.

“Then from there, [I was] just managing the gap, one-and-a-half seconds. Sector two definitely helped, but I was just having to push a lot in sector two because I was losing in [sector] one and three with the slipstream.”

Bearman said standing on top of the podium for the first time felt “really nice” but acknowledged that “it’s just a sprint race, so it’s not super important”.

“It’s been a long time coming I felt. A lot of situations where I’ve been so close to that win and it has finally come, so it’s a nice step in my season, good points for the championship as well, and to come at Spa, it’s a nice place to have it.”