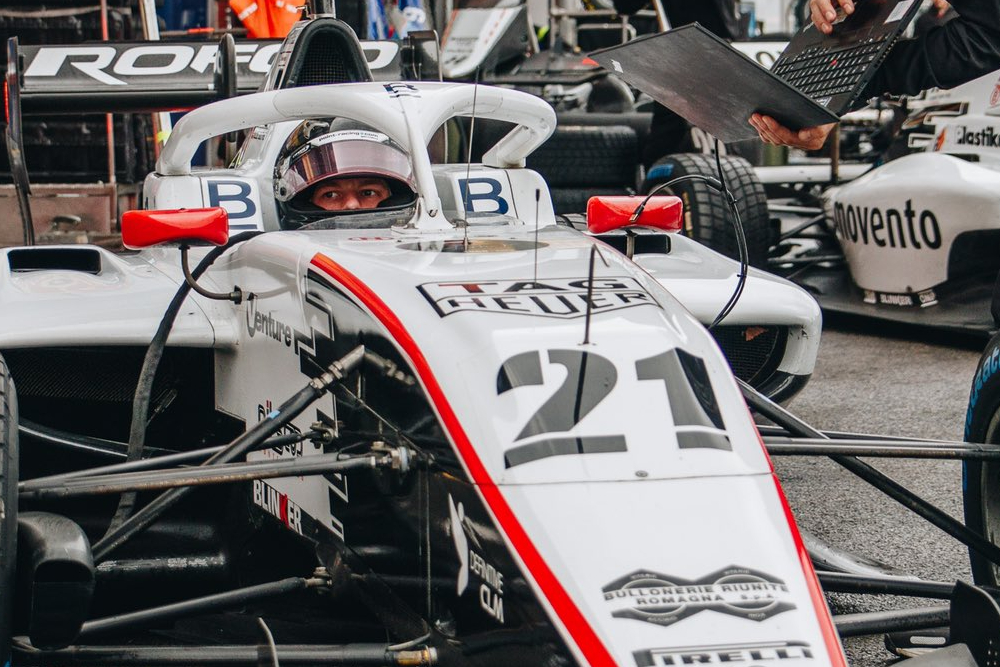 Oliver Goethe and Zane Maloney will both be fit to start Sunday’s FIA Formula 3 feature race at Spa-Francorchamps after their frightening accident in Saturday’s sprint race.

Approaching Blanchimont on lap six, Trident’s Roman Stanek got a run on Campos Racing’s Goethe and passed him on the inside of the fast left-hander. As Goethe was forced to a wider line, Maloney tried to follow Stanek through on the inside.

The two touched, pitching both at high speed into the barriers on the outside, with Maloney flipping and narrowly avoiding landing on top of Goethe’s car. The race was red-flagged following the incident to repair the barriers. Afterwards, Maloney told Formula Scout “we were very lucky today” with the outcome of the crash.

Goethe explained to Formula Scout that “I saw in my mirrors that Zane was behind and I left enough room on the inside but he must have got some wash from Roman in front”.

From Maloney’s perspective, “he was still a little bit alongside Roman, so he had to stay on the outside on the green. And I saw obviously there’s a big gap there”.

Maloney believes that Goethe didn’t realise that he was there as he was still focusing on Stanek to his inside, “so when I went on the inside, he tried to get the apex almost because he didn’t know I was there, and so when we were side-by-side he closed a little bit”.

In his opinion it was a racing incident, a position the stewards also took after investigating the clash, but he conceded he could have taken a different approach.

“I’m not going to put the blame on him or put the blame on me,” Maloney said. “Maybe I could have backed out a bit earlier. We had the minimum touch that is possible and obviously at that speed it just sends you straight and we had no control over the car after that.”

Goethe agreed, saying: “Just the smallest bit of contact that he made with my rear was enough to cause that massive accident. It happened so quickly.

“I have no idea what happened but looking back at the video, I’m still not sure whether I hit the wall or his car. But either way it was a big impact.”

Interestingly, after going off-track following the contact, Maloney “was still thinking I can keep it out of the barrier but obviously I didn’t know that the front wing was already under the car almost”.

Both drivers said it was the biggest shunt of their careers, with Maloney adding that he thought “this is one of the biggest I’ve ever seen”

Both drivers confirmed that they will be able to start Sunday’s race, with Maloney lining up second and Goethe fourth after strong qualifying performances.