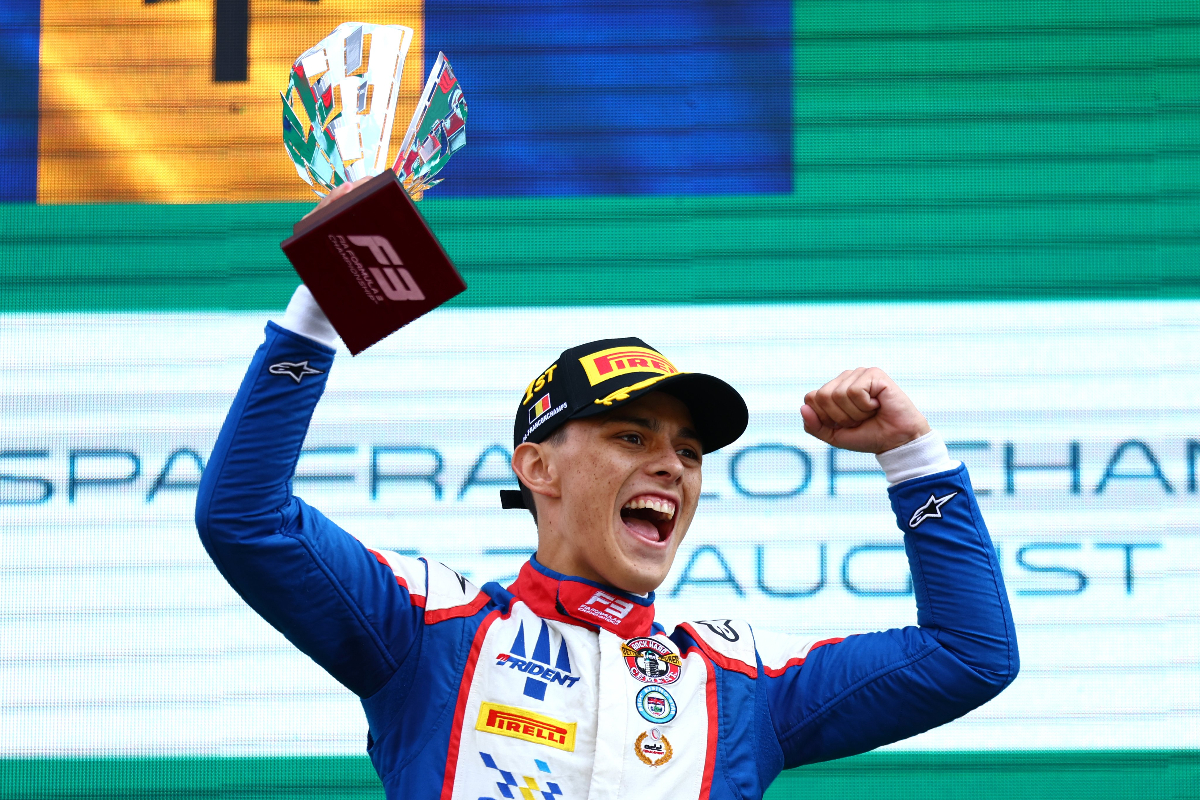 MP Motorsport’s Caio Collet led away from pole but was immediately challenged by Maloney on the Kemmel Straight. The pair continued to lock horns into Les Combes, with Maloney taking the lead despite running wide and missing the chicane.

Francesco Pizzi then tried to snatch second from Collet, but tumbled down the order after sliding through the gravel. The Charouz driver was then spun around later in the lap by MP’s Kush Maini, who braked too late into the chicane.

As he tried to head for the pits, Maini then collected the hapless Martins (ART) and Ido Cohen (Jenzer Motorsport), putting all three out of the race.

Campos Racing’s Oliver Goethe moved past Collet into second, and then took the lead at Rivage on lap two when Maloney slowed to hand Collet the place back following his opening lap excursion

After a brief safety car period, Collet reclaimed the lead on the run to Les Combes, with Maloney also sweeping around the outside of Goethe into second. Roman Stanek soon took third away from Goethe.

The race was neutralised for a second time when ART’s Gregoire Saucy crashed into the barriers following contact with another car.

Stanek displaced Collet for second into Les Combes with five laps remaining but was unable to challenge his team-mate Maloney, who finished 1s clear.

A 5s penalty for rejoining the track in an unsafe manner on the opening lap dropped Collet three places to sixth at the chequered flag, as Saturday’s sprint race winner Ollie Bearman passed Trident’s Jonny Edgar and Goethe in the closing stages to finish third.

With his title rivals failing to score, Bearman moved to within one point of championship leader Isack Hadjar, who could only manage 14th.

David Vidales climbed from 18th to seventh for Campos, with Jenzer’s William Alatalo making up five positions to eighth.

MP’s Alexander Smolyar was ninth ahead of Van Amersfoort Racing’s Reece Ushijima and Prema’s Arthur Leclerc, who made up ground from 19th on the grid but missed out on the points.